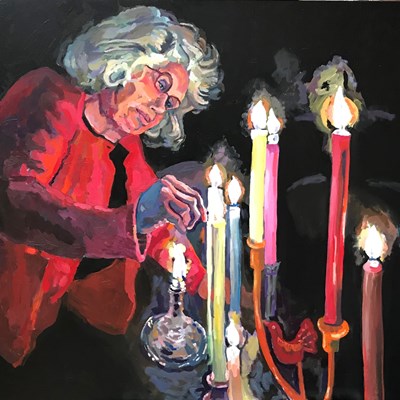 A SERIES of online commemorations including talks, recollections and personal experiences relating to the Nazi Holocaust are be held this week as part of international Holocaust Memorial Day.

The event, on January 27 each year, is a chance for people to reflect on genocides around the world, from the Nazi persecution of Jews in the Second World War, to more recent atrocities in Bosnia, Rwanda, Darfur and Cambodia.

Leicester City Council’s website is hosting a range of online commemorations which are taking place this year, which can be accessed here.

They include a talk by renowned historian Professor Aubrey Newman, who founded the University of Leicester’s Stanley Burton Centre for Holocaust Studies, and video clips of local pupils from English Martyrs Catholic School and Madani Schools Federation talking about their research and experiences of visiting the notorious Nazi death camp at Auschwitz, in Poland.

A selection of evocative classical music played by pupils at English Martyrs Catholic School is also available online, as well as the chance to hear the story of Holocaust survivor Benjamin Abeles, who died aged 95 in December 2020.

The theme for this year’s Holocaust Memorial Day commemorations is “Be The Light In The Darkness.” As part of that, people across Leicester have submitted personal photographs and artwork which will be available to view through Leicester City Council’s social media channels.

Leicester Lord Mayor Cllr Annette Byrne said: “Although the Holocaust itself may seem like a long time ago, the issues of persecution and genocide are still very relevant in today’s world.

“Holocaust Memorial Day is therefore an important chance to remember all those, anywhere in the world, whose lives have been touched by such examples of people’s inhumanity to others.

“The coronavirus restrictions affecting us all mean we cannot hold our usual commemorations, but the creativity and thought that has gone into creating these very poignant online alternatives mean people can still get involved in reflecting on these stark lessons from history, and appreciating their importance in the present day.”

Leicester City Council’s programme of commemorations can be found here.