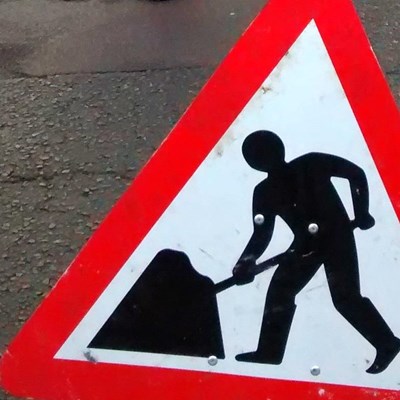 THE last stage of a major programme of road resurfacing and improvement works in and around one of the main routes into Leicester is due to start at the end of next week.

Works to improve the Welford Road corridor and surrounding roads involve more than 56,000 square metres of carriageway being resurfaced or repaired, along with nearly 10,000 square metres of pavements, as part of a £3million programme of work funded by a Department for Transport bid.

Now the latest, and final, stage of the programme will focus on resurfacing sections of Welford Road itself, from its junction with the city’s outer ring road to its junction with Almond Road, near the Morrison’s supermarket.

The first phase from July 10-16 will see Welford Road closed to outbound traffic between Aberdale Road and Hillcrest Road, with the closure swapping over to inbound traffic on the same section from July 17-21 for resurfacing.

At the same time, work will begin on Asquith Way, which will be closed in both directions between Welford Road and Shackerdale Road from July 17-24.

Following that, resurfacing work will take place on Asquith Way between Shackerdale Road and Windley Road, with that section of the road closed in both directions from July 25-30.

Local diversions will be in place and signposted throughout.

Exact timings are still being finalised with the contractors Aggregate Industries on some phases of resurfacing work along sections of Welford Road, which are due to take place in stages between July 31 and August 21.

Those phases of work will include a section of Welford Road from Knighton Lane East to Wordsworth Road; a section between Wordsworth Road and Putney Road; the stretch between Victoria Park Road and Stanfell Road and a section from Chapel Lane to Stanfell Road. All will involve short-term road closures to allow for a new carriageway surface to be applied.

Work on the parts of the route nearest to the city is due to be carried out overnight, with complete road closures in place to enable it to be done safely.

Improvements will be made to pavements along part of the route also starting in July, as part of the overall programme. They include removing the slabs and block paving between Chapel Lane and Victoria Park Road on both sides, and replacing them with a new asphalt surface. The work will run until the end of October.

The last part of the work will see traffic signals upgraded at the junction of Welford Road and Palmerston Way at the city’s outer ring road. The signal replacement work will be done under various lane closures from October 16 to November 6.

Leicester deputy city mayor for environment and transportation, Cllr Adam Clarke, said: “Welford Road is one of the city’s busiest arterial routes, and this programme of work will significantly improve that whole road corridor, including carriageways, junctions and pavements.

“Our successful bid to the Department for Transport means we’ve been able to carry out this extensive scheme to ensure this part of the city’s road network is now in the condition needed to withstand many years more use.

“To carry out these final resurfacing works along sections of Welford Road safely, we have to use a series of lane closures, and while that inevitably means some traffic disruption, we are working hard with the contractors to keep that to a minimum as much as possible.”

The work is in addition to £3.5million worth of road maintenance work being carried out by the city council across the city in 2021/22.