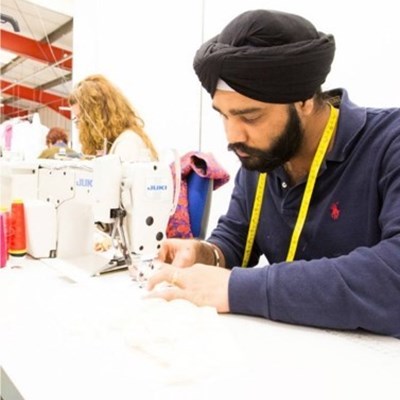 FIVE community projects in Leicester are being put forward for a share of £3million of funding designed to help support people back into employment through learning new skills.

The strongest five shortlisted proposals – which together reach the maximum permitted funding of £3million – will be submitted to the Government by the deadline of Friday, June 18. They include:

A decision on whether the bids are successful is expected in July 2021.

The city council was responsible for assessing the proposals, although to maintain fairness, none of the officers involved in the assessment were involved with any of the project proposals.

The prioritised bids take into account which ones could be delivered within the Government’s time frame by March 2022, and which could be revisited in future if the timescales and criteria for the Government’s planned UK Shared Prosperity Fund are more flexible than the current CRF programme.

The CRF bid process is the latest stage of work helping the city’s economy and businesses recover from the disruption of Covid-19 lockdowns in 2020-21.

Last week, the city council bid for £39million from the Government’s Levelling Up Fund, designed to support major development and transport infrastructure schemes. Proposals included an £11million to create 250 new jobs and regenerate the former Pilot House site in the city centre; a £21million project that could create around 400 new jobs in three related projects in and around Pioneer Park and Exploration Drive, near the National Space Centre; and a £22million bid to fund the first phase of the regeneration of Leicester’s railway station.

Leicester assistant city mayor responsible for policy delivery and communications, Cllr Danny Myers, said: “Last week we highlighted the bids we are due to submit to the Government’s Levelling Up Fund, to make radical improvements to the city’s workspaces and transport - the bricks and mortar infrastructure investment which Leicester’s economy needs.

“Now we’re submitting another programme of really innovative and much-needed bids to help the city’s businesses grow and for people in Leicester to access quality training and good jobs – the talent and promise that Leicester’s economy needs to work for.

“All these projects been the product of hard work and inspiring thinking from partners across all sectors in the city, coming together to help make sure the city’s recovery is dynamic, strong, fair and sustainable.

“The ideas and thinking that have gone into projects we haven’t been able to submit this time was also really impressive. There are really good ideas and talent which we need find ways to support in the future too.

“Our plans for recovery certainly do not begin and end with these bids to the Government, important though they are as part of this ongoing process.”