Environmental work underway thanks to teams of local volunteers 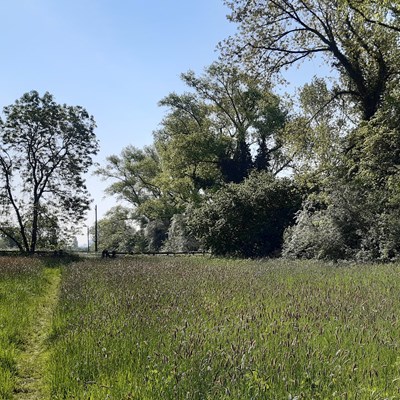 VOLUNTEERS from across Leicester are taking part in schemes ranging from environmental improvements to litter picking as part of two campaigns taking place this week.

Members of the Leicester Environmental Volunteers (LEVs) are carrying out works coinciding with both the Great British Spring Clean and National Volunteer Week, which runs from June 1 to 7.

At the start of this week, work was done to tackle overgrown trees and brambles which have grown from seed at Goss Meadows, on Anstey Lane. The site has a rich biodiversity and is home to many species of plant and animal life, and the work is essential for sustaining the important habitat.

Other sessions taking place this week included improvement works to Abbey Park’s secluded Garden of Senses, which has been designated as a place of peace and quiet contemplation, and where the LEVs have been instrumental in planting and tending the horticulture, as well as by fruit picking, clearing vegetation, litter picking and path clearance at the Orchards, off Groby Road.

Meanwhile, the Great British Spring Clean celebrations started on Thursday, June 3, at Lime Kiln lock near Abbey Park. Volunteers are helping clear litter flowing into the River Soar from its tributary at the Willow Brook, in the first of three boat sessions over the coming days.

Across the city, over 40 local ‘Litter Champions’ have been busy throughout the last year. The volunteers, who are supported and equipped by the city council, have been litter picking in Leicester’s parks.

Leicester deputy city mayor responsible for environmental issues, Cllr Adam Clarke, said: “It is very encouraging to see so many people playing their part in making their local neighbourhoods look their best.

“In some cases that means litter picking, in other cases it might be part of a longer-term environmental approach to our green areas, meadows or parks.

“With such fantastic weather as this, it’s a reminder of what wonderful open, natural spaces we have within the city, and the work of dedicated volunteers such as the LEVs is vital to ensuring they continue to look their best for everyone in the city to enjoy.”

The Great British Spring Clean runs from May 28 to June 13.

More details on how to get involved with volunteering in Leicester’s park and green spaces is available here.