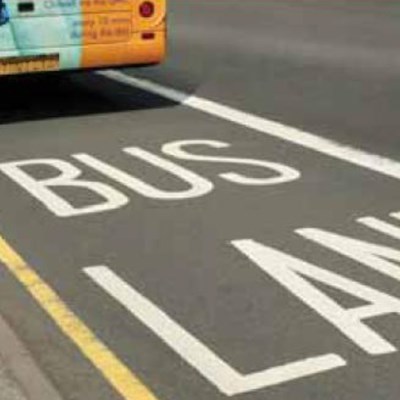 PLANS for a new bus-only lane and 30mph speed limit on part of Leicester’s busy Melton Road have been announced by the city council.

Leicester City Council is proposing to introduce a new bus lane on the outbound, northern stretch of Melton Road, between Sandringham Avenue and Troon Way. It is also planning to extend the existing inbound bus lane to cover the length of road from Troon Way to Glencoe Avenue.

The A607 Melton Road is a major route for bus services in and out of the city. However, the volumes of general traffic on this part of the route, close to the city boundary, can cause delays for bus services at busy times.

Camera enforcement on the new bus lanes is also proposed. Drivers caught illegally using the bus only route would be fined £60, reduced to £30 if paid within 14 days

The planned improvements will help improve bus journey times and the reliability of services on this important route. Improved, reliable bus journeys can help encourage people to travel by bus as an alternative to the car.

Making bus travel more appealing can have the added benefit of alleviating traffic congestion and improving air quality. One double decker bus can typically have 74 passengers which could take the equivalent number cars off the road.

The city council is also proposing to extend the existing 30mph speed restriction in place on part of Melton Road out to the city boundary and on sections of Troon Way and Watermead Way. The aim of reducing the speed limit is to make the area safer for walking and cycling and all road users.

A new electronic variable message sign would be installed on the inbound route as part of the improvement scheme. The low energy LED signs – which are linked directly to the city council’s area traffic control room – can be used to display a wide range of traffic-related information, from details about spaces available in the city’s main car parks to real-time updates about any emerging issues on the roads.

The road surface and existing pedestrian crossings at the Lanesborough Road roundabout would also be improved as part of the planned works.

The proposed scheme has been designed and modelled so the new bus lane should not adversely affect the flow of general traffic.

The plans will be subject to statutory consultation as part of the process of applying for a new traffic regulation order.

If given the go-ahead, the £550,000 project will be funded through the Government’s Transforming Cities Fund following the city council’s successful bid for £40 million to help fund improvements to local public transport and support more cycling and walking routes into city neighbourhoods and the city centre.

Work could get underway this summer, and is expected to take around nine months to complete.

Deputy city mayor Cllr Adam Clarke, who leads on environment and transportation, said: “It is important that we continue to invest in encouraging more people to make the shift to sustainable forms of transport, not least because traffic is responsible for a quarter of our city’s carbon emissions.

“Traffic surveys have highlighted that this northern section of Melton Road is a pinch point for buses. By introducing a new bus lane, we can help improve bus journey times and the reliability of services for passengers.

“The introduction of new bus lanes on busy routes can have a major impact on bus patronage, with increases of up to 13 per cent.

“Ensuring our bus services are reliable and have priority over general traffic on important routes is a key way of encouraging more people onto buses, and that will help us further improve the city’s air quality and help Leicester in its response to the climate emergency.”

Leicester City Council is carrying out an ambitious £80million citywide programme of investment in sustainable transport, backed by £40million from the Department for Transport’s Transforming Cities Fund (TCF). The package of work will focus on major sustainable transport improvements to provide attractive choices for people to get to work, education, local and other facilities supporting the city’s growth and deliver on the council’s climate emergency, air quality and healthy living commitments.

Match funding is being provided through the city council, Leicester and Leicestershire Enterprise Partnership (LLEP) and other partners.

Schemes include the development of new bus priority corridors linking the city centre to city neighbourhoods and suburbs, and the continued development of a network of high-quality cycling and walking routes throughout the city building on the success of Connecting Leicester. It will also see the introduction of electric buses onto the Park and Ride Services and the new electric bike hire scheme in partnership with Santander.

To view the plans for Melton Road in more detail, visit the ongoing projects page at www.leicester.gov.uk/connectingleicester

Residents in the Melton Road and wider area will also be invited to take part in a survey to help the city council better understand local traffic issues. Postcards will be delivered to people’s home in the coming weeks.