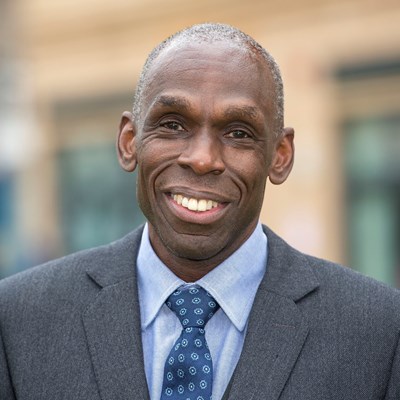 AS EXCITEMENT builds ahead of Leicester City’s first FA Cup Final in more than 50 years, one Foxes’ fan is hoping for not one, but two massive results.

Leicester’s director of public health Ivan Browne was born in the city and has supported his home team for as long as he can remember.

Like every other Leicester fan, Ivan is hoping that the FA Cup will be in City’s hands on Saturday night – but whatever happens at Wembley, he’s also hoping that a huge occasion for the city doesn’t result in a spike in Leicester’s coronavirus rates.

With many restrictions still in place, and with Leicester’s COVID rates still higher than the national average, Ivan is urging fans to enjoy the occasion responsibly.

“This is a massive day for Leicester City and its fans, and naturally we all want to make the most of the occasion, but let’s not forget that coronavirus hasn’t gone away yet,” he said.

“After the incredibly difficult year we’ve had in Leicester, a Cup Final is a brilliant tonic that will give us all a boost. But what no one wants is for something so positive to turn into something negative for us all.

“Set up your TV in your garden, and you can even invite up to five friends round to join you, book a table in a beer garden and watch the game with your mates, or just get the snacks in and enjoy the game with your family at home.

“However tempting it is to break the rules, please don’t. Show your love for your team and your city by supporting City safely.

“Respect the rule of six, refrain from mixing indoors with people you don’t live with, and remember that COVID loves a crowd, so keeping your distance can really help keep you safe.

“Wearing a face covering, washing your hands regularly, and staying apart from anyone you don’t live with can help protect you from the virus and its variants.

“The result at Wembley will obviously mean a lot to me as a City fan, but what’s even more important is that, in the days following the match, the data continues to show that the infection rate in Leicester is coming down.”

While Ivan – like most of the city – will be watching the match at home, 6,250 Leicester fans will be heading to Wembley for the match.

Each fan lucky enough to have a ticket will have to take a test at a rapid testing centre before they travel, to prove that they’re not carrying coronavirus.

To make it easy for fans to get the test, the city council will be extending the opening hours at its six rapid testing centres in the run-up to the big day.

Leicester’s six testing sites will be open until 10pm on Thursday (13 May) and Friday (14 May) – and from 8am on Cup Final day (15 May), for fans who leave it until the last minute. Results are sent by text or email within 30 minutes of the test.

Tests at sites in both the city and the county – where an additional seven testing sites are available ­– can be booked here, but all the essential information about tickets, testing and travel is available on Leicester City’s website.

As well as supporting the testing programme, the city council is also working with Leicester City Football Club to ensure their transport plans run smoothly on the day. With most fans travelling to Wembley by official club coaches, the council has arranged for coaches to park on Raw Dykes Road prior to departure, and it’s made its Park & Ride site at Enderby available as a further coach pick-up and drop-off point. The council is also providing the Saffron Lane stadium as a drop-off point for returning coaches.

Officers from the city council’s Licensing Enforcement team are involved in the pre-match preparations too. They will be contacting licensed premises in Leicester to provide guidance and information that will help them operate safely on Cup Final day. The team will do a number of pre-visits to pubs and bars and will also jointly monitor venues with the police throughout the day to ensure they are operating safely.

City Mayor Peter Soulsby said: “It’s been a long time since Leicester enjoyed an FA Cup Final, so understandably there’s a lot of excitement in the city.

“I want to wish the team the very best of luck. Whatever happens at Wembley, Brendan Rodgers and the players have made us very proud. And the best thing we can do to show our appreciation is to support them safely.”