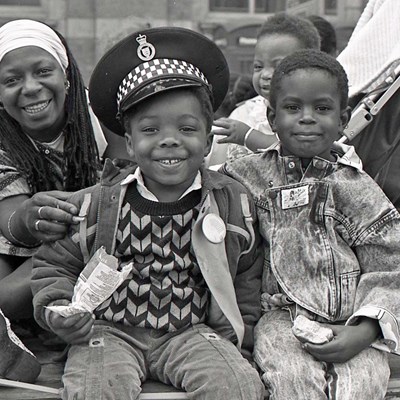 THE stories of Leicester’s Windrush generation are due to be told in a new programme of community events taking place this year.

Leicester City Council has been awarded more than £10,000 of funding to enable a comprehensive package of exhibitions, cultural events and educational resources to be created, telling the story of the people who came to the UK from the Caribbean in the years after the Second World War.

Named after one of the first such passenger ships – the Empire Windrush – the story forms a vital part of the history of the nation, its diversity and its communities.

The funding from the Ministry for Housing, Communities and Local Government will be used to help create cultural and educational opportunities and encourage people to find out more about the important contribution of the Windrush generation to Leicester’s modern-day communities, to tie in with the third annual Windrush Day on June 22.

Proposals include creating five large Windrush interpretation panels, which will be permanently displayed inside the African Caribbean Centre in Highfields. They will use archive materials which has been gathered through years of research, community engagement and partnership working with original Windrush generation migrants and their descendants, including memorabilia, first-hand accounts, and original documents.

The community will be involved in the development of the panels, working closely with the council’s neighbourhoods services and the museum service, which is responsible for the heritage interpretation panels elsewhere in the city. The information will also be featured in due course on the Story of Leicester website and social media.

A celebration open evening to reveal the Windrush panels is being planned as part of Black History Month in October.

In line with a national campaign to ensure Black History is more prominent in the National Curriculum, resource packs will be developed for use with schools, containing Windrush-themed books and activities and a series of storytelling sessions based on the collection.

Leicester assistant city mayor responsible for tackling racism and disadvantage, Cllr Sue Hunter, said: “The arrival of the Windrush generation following the Second World War has played an important role in shaping the cultural identity of cities across the UK, including Leicester.

“This funding gives us an excellent opportunity to bring that part of our history to life and sharing it with others, by involving the community in exhibition and events, and by making available specially-curated book packs to ensure children know about this chapter of our recent history.

“With Windrush Day being celebrated nationally in June, it is perfect timing for us to explore further this vital part of our shared history more fully.”

Leicester City Council’s festivals and events team successfully bid for the funding and will be managing the programme of events.

The city’s Windrush work is among 42 projects across the UK to benefit from a share of £500,000 worth of funding for community groups, charities and councils to celebrate Windrush Day