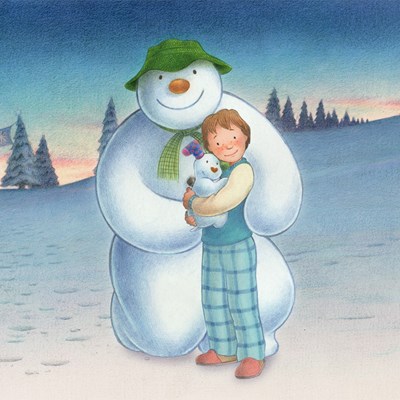 THE SNOWMAN™ and The Snowdog provides the inspiration for a special Christmas exhibition at Leicester’s Newarke Houses Museum.

Opening on Saturday (13 November), the exhibition features more than 40 original illustrations from the animated film, as well as storyboards and sketches.

Based on characters created by Raymond Briggs, the film was released in 2012 to mark the 30th anniversary of the original film, The Snowman™ – the 1982 animated adaptation of Briggs’ timeless and much-loved picture book.

To mark the opening of the exhibition, a free family craft day will take place on Saturday (13 November). From 12 noon until 3pm, young visitors will be able to make snowman-themed decorations, including snowman garlands and paper plate snowmen.

The Snowman™ and The Snowdog continues at Newarke Houses Museum until 20 February 2022. Admission is free of charge.

Newarke Houses Museum is open from 10am-4pm from Mon-Sat and from 11am-4pm on Sundays.

Fans of the story will be able to see the animated short film in Leicester’s Green Dragon Square as part of the city’s Christmas programme.

The Snowman™ and The Snowdog, as well at the original film, The Snowman™, will be shown on the Corn Exchange outdoor screen – free of charge – from 5pm on switch-on night (Thursday 18 November), Friday 19 and Saturday 20 November.

For more information about Christmas in Leicester, go to christmasinleicester.co.uk