Council purchase of Haymarket Centre will generate funding for services 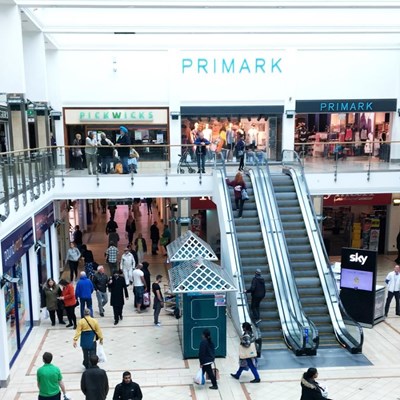 LEICESTER City Council is the new owner of Leicester’s Haymarket Centre. The council has purchased the landmark shopping centre for £9.9m after securing a deal before the property went to market.

Funding for the purchase comes from a pot of £10m set aside for capital investment within the council’s overall capital programme. This funding can only be spent on buying or improving buildings or highways, and not on running services.

Before purchasing the property, the council was a major tenant of the previous owners, contributing 19 percent of all revenues paid to them. It paid rent for the Haymarket car park, Haymarket Theatre, Haymarket House (sub-let to Travelodge) and Haymarket Health (sexual health clinic).

Savings from rent payments and the income generated from rent paid by other tenants will give the council an income to continue to support critical services.

The shopping centre will be a major addition to the council’s Corporate Estate portfolio, which is worth more than £112m and includes buildings such as the Corn Exchange and Loseby Lane properties, but also 400 industrial units and 263 retail units, more than half of which are in neighbourhoods.

It also supports small businesses and start-ups by letting workspace at a low rent. However, the entire estate generates an annual income of more than £7m which the council uses to support services.

Leicester City Mayor Sir Peter Soulsby said: “This council has invested in property in Leicester for many generations. Unlike many other councils, we are continuing to invest in our own city, and these assets make a huge contribution to its economic prosperity.

“The Haymarket Centre is a significant and important addition to our holdings. It also fits in with our wider regeneration of this area, where we have already invested in a new bus station, the pedestrianisation of surrounding streets, and a new link road to St Margaret’s bus station.

“Government cuts to our revenue budget mean that like all councils we face very difficult spending decisions in the coming months. Using our capital budget in this way will generate much-needed income that we can spend on jobs and services, and will also give us the opportunity to have a positive impact on the city centre and the many businesses and jobs it provides.”

Built in the early 1970s, the Haymarket Centre is currently home to 65 shopping outlets. Major tenants include Matalan and B&M. The units leased by Primark, TK Maxx and Metro Bank are owned by another local authority outside the East Midlands.

The council will work with the current, experienced managing agents to operate the centre, whilst working on a medium to long-term plan looking at how its performance could be improved.