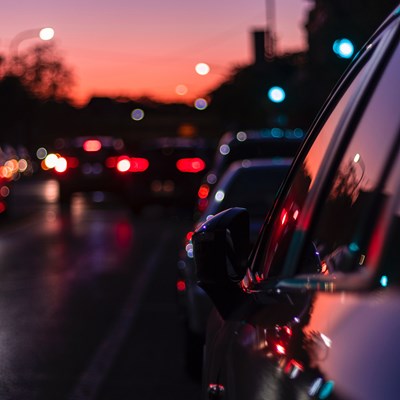 MOTORISTS are being asked to allow extra time for journeys in Leicester today due to a combination of Diwali Day celebrations and a home game by Leicester City Football Club.

Traffic restrictions will follow the same pattern as those which were in place for the Diwali lights switch on event on October 24.

Belgrave Road will be partially closed between Belgrave Circle and Garfield Street from 2pm to enable the screens to be set up – there will be no through route from Belgrave Road after that time.

The rest of Belgrave Road will still be accessible from the Melton Road / Loughborough Road end until 5pm, but vehicles entering and exiting the area can expect delays.

From 5pm until around 9.30pm, Belgrave Road and the junctions with its side roads will be fully closed to all traffic, with numerous local parking restrictions also in place throughout the day.

Additional matchday traffic is also expected due to the Europa League match between Leicester City and Spartak Moscow at the King Power Stadium, with kick-off at 8pm.

Director of City Highways at Leicester City Council, Martin Fletcher, said: “With these two busy events taking place at the same time, it is inevitable that there will be some traffic delays.

“We’d advise people to leave their cars at home and use alternative forms of transport if possible to get to either the Diwali festivities or the match. If that’s not possible, then please leave plenty of time for your journey.”

Limited car parking spaces for blue badge holders will be available on a first come first served basis at the B&M car park, just off Belgrave Circle. Visitors can also use public car parks at nearby Abbey Street, the Haymarket Centre, or Lee Circle.

There will also be temporary bicycle parking available on site.

Up to date information on public transport, walking and cycling routes is available at choosehowyoumove.co.uk

Events at Belgrave run from 5.30pm today (Thurs), including three big screens on and around Belgrave Road showing a brand new cultural programme that will run three times throughout the evening.

Cossington Street recreation ground will host a Diwali Village, featuring food stalls and funfair rides from 3pm-9pm, as well as a beautiful Fire Garden, lighting up the night sky with hundreds of real candles and a dramatic flaming centrepiece.

There will also be street entertainers under Leicester's famous Diwali lights, including fire performers and a large elephant puppet, while the spectacular Wheel of Light on Belgrave Road will take visitors for a spin until Sunday (7 November).

Brand new for Diwali Day is the stunning 'Global Rainbow' – an art installation that will illuminate the skies above Belgrave until Friday (5 November).

Created by international visual artist Yvette Mattern, Global Rainbow has been brought to Leicester in partnership with Global Streets.

The history of Leicester’s Diwali celebrations is outlined on the city council’s Story of Leicester website here: https://www.storyofleicester.info/faith-belief/diwali-in-leicester/