Lots on at Leicester’s museums this winter 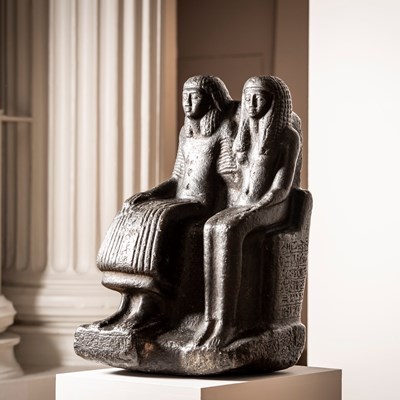 LEICESTER’S museums are full of ideas for a great day out this winter, with new exhibitions, live performances and Christmas events to look forward to.

Featuring more than 100 works, the exhibition is one of the largest of its kind to be held outside of India. Many works are on public display for the first time, helping to guide visitors on a journey through Indian modernism from 1870 to 1950.

Painting Freedom: Indian Modernism and its Three Rebels closes at 5pm on Sunday.

Visitors to the museum can also experience a 10-minute-long soundscape inspired by the original score to the 1922 film ‘Nosferatu’ and the museum’s German Expressionist art collection. Nosferatu Redux by Les Hayden continues until 31 December.

From Saturday 27 November, there’s a chance to get a closer look at a fascinating statue, made in Egypt more that 3,000 years ago and gifted to the son of travel pioneer Thomas Cook in the late-19th century.

Depicting the seated figures of Sethmose and his wife Isisnofret, the 2ft-high black granite statue (pictured) was purchased for the city of Leicester last year.

Gift of the Nile – which runs until 27 February – offers visitors a rare chance to view the statue as it would have been displayed in Ancient Egypt.

From 4 December, the creative talents of artists from around the East Midlands will be celebrated, as Leicester’s Open 32 exhibition gets under way.

Selected by a panel of judges, the best paintings, sculptures, textiles, prints and photographs by novice artists and seasoned professionals will be on show at Leicester Museum & Art Gallery until 21 January.

At Leicester’s Guildhall, there’s a programme of live music, story-telling, theatre, film and family fun this winter, but anyone looking for a unique or handmade gift should visit the Guildhall’s popular Christmas Craft Fair.

Local artists and makers will take over the medieval building on 27-28 November, offering plenty of inspiration and festive ideas. Admission is £1 per adult.

At Newarke Houses Museum, The Snowman™ and The Snowdog provides the inspiration for a special Christmas exhibition that’s now on.

The exhibition features more than 40 original illustrations from the animated film, as well as storyboards and sketches.

Based on characters created by Raymond Briggs, The Snowman™ and The Snowdog was released in 2012 to mark the 30th anniversary of the original film, The Snowman™ – the 1982 animated adaptation of Briggs’ timeless and much-loved picture book.

The Snowman™ and The Snowdog continues at Newarke Houses Museum until 20 February 2022.

Admission to Leicester’s museums is free of charge. For more information about what’s on this winter, visit www.leicestermuseums.org/