More than £600,000 to be spent to improve safety in city parks and streets 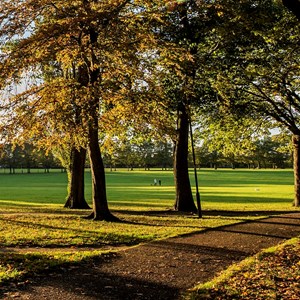 MORE than £600,000 of Government cash will be spent in Leicester to help improve safety in parks and in the city centre.

Leicester City Council and the Office of the Police & Crime Commissioner (OPCC) have been successful in two bids for the money, which will be spent on measures including increasing CCTV and providing staff to support police officers at night-time.

Council staff will carry out work to improve safety at some of Leicester’s most prominent parks and open spaces after a successful bid for £550,000 of funding by the OPCC. Of this, £374,818 will be spent on city parks, with the rest spent on similar schemes in county districts in Leicestershire.

Work begins this week, and will be completed across all sites by the end of February.

Victoria Park, Braunstone Park, Abbey Park, Western Park, Bede Park, Aylestone Meadows, Rally Park and Knighton Park in Leicester will all see improvements, with areas of concern having been identified by parks wardens in conjunction with the police and ward councillors.

The work involves a mix of safety measures to create safer routes across the sites, including 12 new CCTV cameras, improved route signage for park users and removal or cutting back of shrub areas alongside pathways. This will create sightlines and allow more light to penetrate darker areas. There will also be some new lit bollards installed along the main dual usage walking and cycling pathway through Bede Park.

The SWAN project will look at women and girls’ safety concerns at night in the city centre, and then develop a tailored campaign to increase confidence and encourage wider reporting of challenging or anti-social behaviour. More CCTV monitoring will be funded through the project, and there will be an increase in staff supporting police officers at evenings and night-time in the city centre, particularly over the Christmas period.

The money will also be used to train staff who work for pubs, restaurants and clubs – known as the night-time economy – in the ‘Bystander’ approach. This initiative encourages anyone who sees harmful behaviour to report it and to challenge it, if safe to do so. The idea is to send a message that violence and intimidation is never acceptable. It explains how to report issues and when to report, even if the issue may seem minor.

The project will also see free membership of the City Watch scheme offered to night-time economy venues for a limited period, with a view to venues extending the membership as they learn the benefits of the scheme, which acts like a ‘neighbourhood watch’ for businesses to share information.

Leicester, Leicestershire and Rutland Police and Crime Commissioner Rupert Matthews said: “This funding is fantastic news for our communities and will not only deter crime and violence, it will also give women additional confidence when enjoying our public spaces and parks, particularly when alone.

“Prior to applying for funding, we surveyed women and girls across the Leicester, Leicestershire and Rutland area, including victims of street crime and harassment, to help improve our understanding of where women and girls feel most vulnerable and at risk. These contributions have helped to inform our plans and prioritise resources to where they are needed most and we are very grateful to all those who shared their experiences.

“It is the right of every woman to feel safe whether they are at home, online or in our public spaces. Improving CCTV coverage and increasing police visibility around key areas of the city will go some way to making women feel safer and increasing the support available should they require help quickly. We will also fund a behaviour change campaign to address the deep-rooted attitudes that underpin gender violence as part of a wider preventative approach.”

Deputy city mayor Cllr Piara Singh Clair is responsible for the city’s parks and open spaces, and also chairs the Safer Leicester Partnership, where agencies work together to tackle crime and anti-social behaviour.

He said: “I am delighted that we have been successful in achieving this substantial Government funding to help make our streets and open spaces safer.

“Often, it is about the perception of a place as safe. We need to make sure people do not feel fearful when they are out and about – especially women, and especially at night. We want our parks and our city centre night-time economy to be welcoming places for everyone.

“Intimidating or anti-social behaviour will not be tolerated and we will be using this funding in two ways – to make tangible and instant changes that will improve safety; and to work on changing people’s behaviour and mindset in the long term so that everyone can feel safe.”