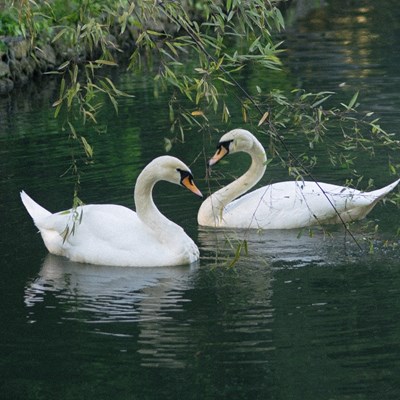 ABBEY Park’s Pets’ Corner has temporarily closed to the public as part of a nationwide bid to limit the spread of avian flu.

New measures from the Department for Environment, Food and Rural Affairs (DEFRA) come into force on Monday (29 November), requiring bird keepers to ensure their birds are housed in an enclosed environment and to follow strict biosecurity protocol to reduce the risk of disease transmission.

To stop the disease from being passed on, those keeping birds must take steps to ensure their birds can’t come into contact with wild birds or their faeces.

By closing Pets’ Corner to the public, the city council will reduce the number of people accessing the area and ensure that clothing, footwear and equipment are thoroughly cleaned and disinfected to avoid any possible contamination.

People should not touch any sick or dead birds. Instead, anyone who finds dead swans, ducks, geese or other dead wild birds, such as gulls or birds of prey, should report them to the DEFRA helpline on 03459 33 55 77.

Deputy city mayor Cllr Piara Singh Clair said: “With a case of avian flu now confirmed in the county, we’re asking members of the public to be extra vigilant.

“People can help to limit the spread of bird flu by reporting any sightings of dead birds, and by making sure that they comply with DEFRA’s regulations, if they keep birds at home.

“Closing Pets’ Corner is a temporary measure, and we look forward to reopening our popular family attraction as soon as restrictions are lifted.”

Following confirmation of a case of avian flu at a poultry farm in Leicestershire, DEFRA has put in place a 3km protection zone around the affected premises to stop the spread of the disease. A 10km surveillance zone is also in place, with information signs on roads advising drivers that they are entering an avian flu surveillance zone.

The 10km surveillance zone extends to parts of Ashton Green in north Leicester. Although the city council is not aware of any bird-keepers in the area, anyone in the surveillance zone who does keep birds should familiarise themselves with DEFRA’s requirements, which include detailed record-keeping, restrictions on the movement of birds and biosecurity measures.

More information, including a map of the zones and details of the restrictions, can be found here

Staff from the city council’s trading standards team have already contacted all known bird-keepers in the city to advise them of the steps they must take to protect their flocks and reduce the risk of the disease spreading.

Following the declaration of an Avian Influenza Prevention Zone across the whole of the country on 3 November, the council has sent the relevant updates from DEFRA to 35 bird-owners in Leicester.

The introduction of further measures from Monday (29 November) means that in addition to housing all poultry and captive birds, keepers must continue taking extra precautions to keep their flocks safe. This includes regularly cleaning and disinfecting equipment, clothing and vehicles when entering or exiting sites and limiting access to non-essential workers or visitors.

“You do not need to stop enjoying Leicester’s beautiful parks and green spaces, but if you see a dead or sick bird, please do not touch it or go near it but call the DEFRA helpline to report it as soon as possible.

“There is a very low food safety risk from avian flu and properly cooked poultry and poultry products, including eggs, are safe to eat.”