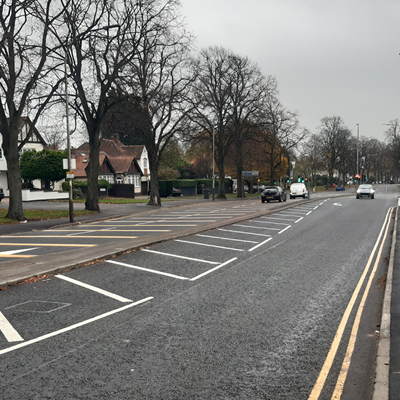 AN extensive road scheme to improve one of the key routes in and out of the city has been completed.

Work has been taking place since July on the Department for Transport Local Highways Maintenance Challenge-funded £3million programme to repair and resurface much of the Welford Road between the city centre and the outer ring road.

It was carried out to improve significantly one of the city’s busiest arterial bus corridors, including carriageway and footway resurfacing with improvements to traffic signalling, both on Welford Road and a number of smaller adjoining roads.

The final phases of work have now been completed around the junction of Welford Road and Palmerston Way. The work has been done in sections over the last four months, to ensure as much of the road could stay open as normal, with minimal closures or traffic issues.

Works are being completed this week, with equipment, signs and traffic cones being taken off site.

Leicester deputy city mayor for environment and transport, Cllr Adam Clarke, said: “This project has been a major undertaking to improve one of the city’s most heavily-used arterial traffic routes, and ensure its road surfaces, junctions and pavements are in good condition for years to come as well as helping to improve bus journey times.

“This funding from the Department for Transport has enabled up to accelerate the works to be more efficient both in terms of money and disruption to road users.

“All road users will be happy to hear that the works are now at an end, and that this investment will ensure this busy corridor is able to cope with the demands of modern traffic for years to come.”