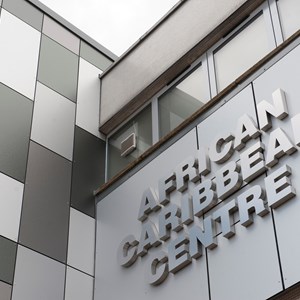 A CONSULTATION has been launched to ask people how they think Leicester’s African Caribbean Centre should be run.

The popular community centre, in Maidstone Road, Highfields, is currently owned and managed by Leicester City Council, but it could be offered to a community group for them to run. Alternatively the centre could be run by the council in partnership with a community group.

Under the city council’s community asset transfer programme, the council’s Neighbourhood Services team has previously offered community groups the chance to lease some neighbourhood buildings, if they are considered suitable for this and if there is likely to be some interest from local groups.

However, the consultation is simply asking for views at this point, and no assumptions or decisions have been made about the future running of the centre.

People are being asked to give their views on the following:

Assistant city mayor for tackling racism and disadvantage, Cllr Sue Hunter, said: “The African Caribbean Centre plays an important role in our city and demonstrates our commitment to tackling racism and disadvantage in Leicester. As part of this, we want to hear from people who use the centre. We would like to know how people use it – or why they don’t. We want to ensure the community lead on the thinking about the future of the facility.”

Assistant city mayor for neighbourhoods, Cllr Kirk Master, added: “We want to ensure we are delivering the best possible service at the centre, and find out what the community’s preferences might be for the future. Should the centre continue to be run by the council, or by a community organisation?

“This is a centre that has been run by the community in the past, so we expect that people might want to share their views.

“Please get involved in the consultation – we’re looking for a good response from customers, residents, stakeholders and partners. We will then analyse the results and bring proposals back to the community later in the year.”

The African Caribbean Centre has been identified as one of a number of council buildings where investment can be made to improve its environmental efficiency. Around £100,000 of improvements, such as installing solar panels, are due to be carried out later this year. These improvements are not dependent on the outcome of the consultation.

The consultation runs until 21st  November. To get involved, visit consultations.leicester.gov.uk

Paper copies of the consultation will be available to pick up from the African Caribbean Centre.