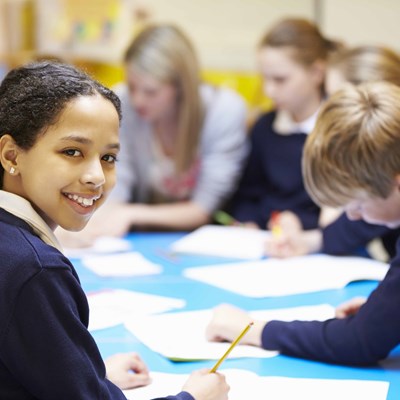 CHANGES are being proposed to create a fairer and more transparent way to ensure mainstream schools are able to provide support for children and young people with special educational needs and disabilities.

Leicester City Council is proposing to improve the way that funding is allocated at mainstream schools so that they are better able to meet the individual needs of children who have special education needs or disabilities (SEND).

The current arrangements to allocate funding, which have been in place since 2014, are widely felt to be overly complicated, lack transparency and mean that schools can receive very different levels of funding even if children have similar needs.

It has put forward proposals to simplify the system, such as ensuring funding is directly related to the needs of each child. The move will not reduce the overall amount of funding available.

A formal consultation process into the proposed changes was launched in September 2021 and runs until December 8, 2021.

The proposals have already been the subject of a 12-week engagement process between March and July 2021, involving schools, parents and other key stakeholders to discuss these issues and to consider alternative options.

Reponses from schools and parents called for funding to be distributed more fairly, more transparently, and in a more child-focused way. In addition, there were calls for more accountability on how schools use the funding they are allocated.

Leicester assistant city mayor for education, Cllr Elly Cutkelvin, said: “It is clear that the current funding arrangements for SEND which are set nationally aren't enough to meet the growing demand for services.

“Like many councils across the country, we’ve been using our own reserves to meet the overspend on providing these services – something which we are no longer allowed to do by law.

“We are not reducing the overall budget, but we have been asked for there to be more fairness and transparency in the way it is distributed between schools, and to ensure the individual needs of children and young people are at the heart of deciding how money is allocated.

“The consultation is a chance for people to have their say on the proposals."

Findings from the consultation will be discussed with school leaders before final proposals are submitted to the Department of Education. No changes can be made without the Government’s formal approval.

If brought in, the changes would come into effect from September 2022.