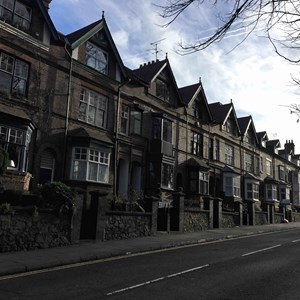 PEOPLE can give their views on council plans for an important new conservation area close to Leicester city centre.

A public consultation has been launched to give people a chance to comment on Leicester City Council proposals to designate a conservation area centred around the locally listed Fosse Recreation Ground, around 1.2km west of the city centre.

The proposed conservation area would include the full 11 acres of the tree-lined park, with boundaries on Fosse Road North to the east, and Church Avenue, Merton Avenue and part of King Richards Road to the south.

Among the landmark buildings in the area are the Grade II Listed St Paul’s Church, which dates back to 1869, the late-19th century neo-Gothic St Andrew’s Methodist Church, the Estonian House on Fosse Road North and several other fine examples of late-Victorian and Edwardian villas and terraced housing.

The area has a long history, with notable archaeological significance dating back to the Romans. It also provides a well-preserved built history of Leicester’s suburban development over the last 150 years.

The suggestion to designate St Paul’s as a conservation area was originally proposed by local residents and supported by Fosse ward councillors.

Conservation areas are parts of the city that have special historic interest or architectural qualities that deserve to be preserved and enhanced. There are currently 24 designated conservation areas in Leicester.

Cllr Adam Clarke, deputy city mayor and city council heritage champion, said: “The St Paul’s area tells a fascinating chapter in the story of Leicester, particularly around the development of our suburbs. Fortunately, many fine buildings remain and the area boosts an attractive park that plays an important part in enhancing the city’s biodiversity.

“By designating this new conservation area – the 25th in Leicester – we can help ensure another important part of the city can continue to develop while ensuring that its unique character and architectural heritage is protected for future generations.”

Alongside the proposed designation of the new St Paul’s Conservation Area, the city council is also planning to extend the existing West End Conservation Area to include Dulverton Road and its townscape of late 19th century houses, many of which retain their original features and character.

People can comment on the proposals by visiting www.leicester.gov.uk/consultations

The consultation runs until Monday 22 November.