Experimental parking scheme in Clarendon Park to be extended 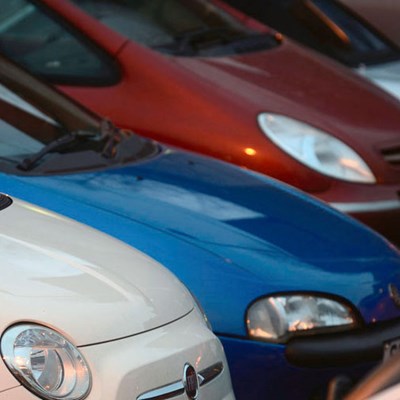 AN experimental traffic scheme to tackle commuter parking in a Leicester neighbourhood is now being extended to cover more streets.

The measures, which originally came into effect in February this year, are intended to address the problem of commuter parking in Clarendon Park.

Ward councillors in the area had called on Leicester City Council to look at ways to prevent commuters using residential streets for free, all-day parking.

For the last eight months, experimental measures have been in place restricting non-residents from parking on streets immediately adjacent to Queen’s Road between 9.30am and 10.30am.

The scheme is designed to stop commuters from outside the area from using the streets to park for free all day, while still enabling customers to use the spaces to park when using nearby shops businesses throughout the day. The area is a short walk from the city centre, and close to numerous employers on nearby Queens Road and Welford Road.

It is estimated that the scheme is helping to free up around 150 to 200 parking spaces each day for use by residents, shoppers and visitors coming into the area.

The first phase of this experimental scheme will now run until January 2022, while the city council continues to survey and monitor its effectiveness.

Alongside this, a second phase is now being introduced which will extend the trial measures into approximately 20 nearby streets in the Clarendon Park Road and Welford Road area, where commuter parking is still a problem.

Residents of parts of Clarendon Park Road, Queens Road, Victoria Park Road and Welford Road will also be eligible for permits.  The second phase will run on an experimental basis until March 2022 at least.

The experimental nature of the measures allows the council to adjust them to meet local needs, or stop the scheme altogether if residents feel it isn’t working.

Permits are available to residential and business properties in the area, and people won’t be charged for permits during the trial period. If the scheme proves successful and is adopted on a permanent basis, residents will be required to pay an annual £25 charge. Provision will also be made for essential visitors such as carers, as well as Blue Badge holders.

The measures were introduced following a call from Castle ward councillors Danny Myers, Patrick Kitterick and Deborah Sangster to address problems with commuter parking in Clarendon Park. Similar measures have been implements in parts of Nottingham and London.

Martin Fletcher, Leicester City Council director of highways, said: “Officers have been working closely with ward councillors for some time to find effective solutions to the long-standing problems with commuter parking in Clarendon Park.

“The initial stages of this experimental scheme appear to be going well and have helped free up lots of parking spaces for residents, visitors and customers using nearby shops and businesses.

“We are now in the process of carefully monitoring the scheme before a decision is made on whether it should be made permanent. We are also responding to request from residents by extending these experimental measures to other streets in the area.”

More details of the scheme, including eligibility and how to apply for a permit, are available on the city council’s website here