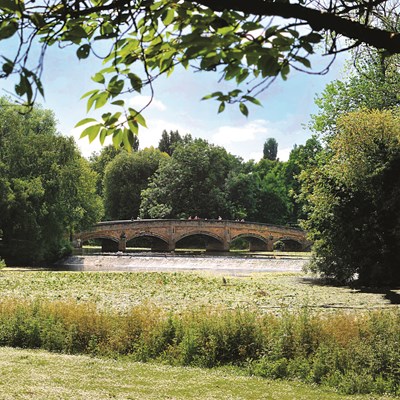 SCHOOLS across Leicester are joining a nationwide call for action on climate change this week as part of the first ever Great Big Green Week campaign.

Organised by the Climate Coalition, the Great Big Green Week aims to be the biggest event for climate and nature in the UK. Thousands of events are taking place this this week to celebrate how people are taking action to tackle climate change and protect green spaces.

In Leicester, nearly 100 school children have already taken part in an online UN-style climate conference, hosted by the city council on Tuesday (21 Sep). The students, acting as delegates from a range of countries, drew up and presented plans to tackle the global climate emergency before taking part in workshops focussed on actions in Leicester’s own Climate Emergency Strategy and action plan.

And on Friday (24 Sep), almost 200 children and young people from seven local schools will join a climate action march to Abbey Park. During a celebratory plastic-free picnic, the young marchers will be invited to make their own climate action pledges to share with the UN climate summit COP 26 that is due to be hosted in Glasgow this November.

The Phoenix is also hosting a week-long mini-season of green-themed films, with tickets for all Great Big Green Week screenings priced at just 50p.

Deputy city mayor Cllr Adam Clarke, who leads on environment and transport, said: “It’s been a fantastic start to Green Big Green Week in Leicester. Our climate conference for schools showed just how important environmental issues are for children and young people in Leicester and we’re grateful for the valuable feedback and ideas they provided.

“We are very proud that our schools and young people engage so meaningfully with issues around the climate emergency and nature conservation. The schools’ climate action march and plastic-free picnic will be an opportunity to showcase and celebrate that, while making sure that our young people’s voices are heard as part of the Great Big Green Week’s national call for action of climate change.

“The forthcoming COP26 summit in Glasgow this year means that the UK has a real opportunity to raise its ambitions in terms of the action it is taking to tackle the global climate emergency.”

Great Big Green Week in Leicester have been organised by the city council’s environmental education team which successfully bid for funding to host a range of activities and offer grants for local schools and groups to hold their own events.