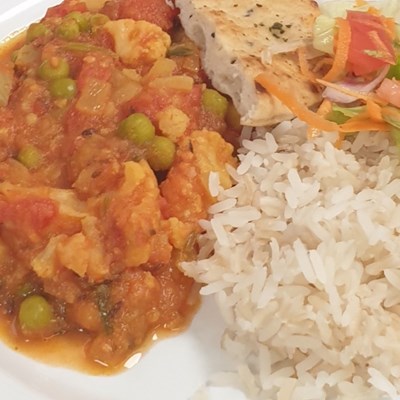 A PROJECT designed to create school meals that are kinder to the planet has changed the menu at dozens of city schools.

The Lower Carbon Lunches project got children to think about the impact their food choices have on the environment, focusing on the carbon emissions linked to energy use, packaging waste, food waste and meat-based meals.

Workshops led by the city council’s Sustainable Schools team earlier this year introduced the children to the four key greenhouse gases – carbon dioxide, methane, nitrous oxide and fluorinated gases – and helped them to identify the carbon footprint of various foods, giving them the knowledge they need to choose lower-carbon meal options.

Games, videos and other activities were used to encourage learning and help the children draw up their own action plan for reducing energy use or food waste at their school.

Around 160 youngsters were then invited to try some healthy new planet-friendly meals developed by school meals provider City Catering – including Moroccan Rainbow Tagine, Traffic-Light Couscous and Vegetable Ball Curry – before the new dishes that passed the taste test were added to the lunchtime menu.

Yoshi, a Year 5 student at Stokes Wood Primary in Leicester, said: “We played a fun game which helped us understand about recycling and which bin we should throw which packaging in. All the food we tasted was plant-based so it is healthier for us and better for the environment as when it is produced there is less carbon dioxide put into the air.”

Anish Thomas, catering operations manager at City Catering – which provides meals at 41 city schools – said: “Animal agriculture and intensive farming are responsible for significant greenhouse gas emissions, so – as part of the Lower Carbon Lunches project – we’ve reduced the amount of meat, fish and dairy on our menus by around 15% and have introduced more plant-based meals.

“Monday is now ‘Love Your Planet’ day, when meat is completely off the menu at 26 city schools.

“We’ve swapped a lamb pasta bake, for example, with a meat-free bolognese, and replaced a pork sausage hot dog with a jacket potato served with beans and cheese.

“We know that lots of children want to do their bit for the environment and choose food that’s not only delicious, but also as planet-friendly as possible, so we make sure that the plant-powered dishes are always clearly highlighted on the menu.”

The city council has worked on the project with ProVeg UK – a non-profit organisation that works with local authorities and school caterers to increase the health and sustainability of school food.

Colette Fox, programme manager for ProVeg UK, said: “We are delighted to be supporting City Catering and Leicester City Council to make school food in Leicester both healthier and more sustainable by reducing meat and increasing plant-based options for all children.

“It is really encouraging to see such positive climate leadership from Leicester City Council and we look forward to continuing to partner together to bring about positive change for our children and our planet."

Deputy city mayor for transport, clean air and climate emergency, Cllr Adam Clarke, said: “This is a brilliant project that’s got children and young people working with their schools, their school meals’ provider and our Sustainable Schools team to learn about greenhouse gases and the environment and then putting it into action by changing the food on their lunchtime menus to help reduce their carbon footprint.

“I’d like to thank all the young people who took part in the project for reminding us that if we all take small steps, together we can make big changes.”

Diets high in plant-based foods and lower in animal products are proven to be less damaging to the climate, with the Climate Change Committee recommending a 20% shift away from all meat and dairy by 2030 – rising to 35% by 2050 – in order to put the UK on the path to net zero.

The Lower Carbon Lunches project also aimed to reduce gas and electricity use in school kitchens by improving efficiency, recognising that energy consumption accounts for around 40% of a school’s carbon footprint. It targeted food waste too, ensuring that any waste was composted or processed correctly, and aimed to reduce the amount of food packaging that ends up as waste.

The Lower Carbon Lunches project is one of the initiatives in the city council’s Climate Emergency Action Plan.

Leicester has an ambitious target to be carbon neutral by 2030, with the city having already reduced its carbon dioxide emissions by around 40% since 2005.