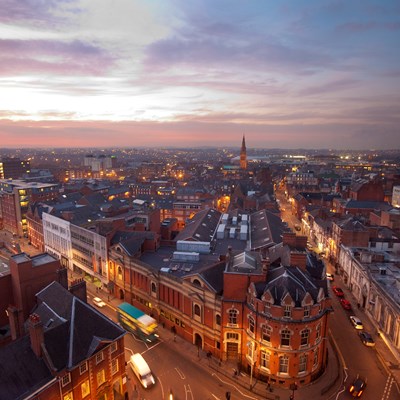 A SURVEY of more than 3,000 adults in Leicester has provided a snapshot of the lives of the city’s residents.

Carried out in autumn last year, the Leicester Household Survey used fieldworkers and an online form to gather people’s views on topics including their health and wellbeing, their ability to access information online, and their money and finances.

Nearly two in five households – 38% – said they had experienced financial hardship in the last couple of years and were struggling to pay for basic living costs. Around a third (34%) said they felt worse off, compared to before the COVID-19 pandemic, with those aged between 36-45 more likely than other age groups to feel their finances had worsened. Some people, however – around 17% – said their financial position had improved since the pandemic.

Of those who took part in the survey, almost one in 10 (9%) said they often – or always – felt lonely, with those living in the most deprived areas of Leicester more likely to say they were lonely than those in other areas. Overall, however, most people (63%) rated their life satisfaction as high or very high.

People in Leicester appear to be well connected, with 95% of respondents saying they have access to the internet at home. While the majority felt confident about doing common tasks online, some people were not confident about doing online banking (10%), using social media (12%), searching and applying for jobs (14%) or sending and receiving emails (6%).

Those aged 66+, those living in social housing and those who live alone were more likely than other groups to be without home internet access.

City Mayor Peter Soulsby said: “Our household survey gives us a useful insight into the city’s population and a better understanding of what’s going on in our communities.

“It also provides us with the only in-depth local data we have on things like digital literacy and household finances, complementing the data we get from other sources, such as the census, and helping us build a clear picture of the city and its people.

“This data will help us to pinpoint the issues that are adversely affecting people’s quality of life, or preventing them from accessing the services they need, as we continue to address inequality across the city.”

The Leicester Household Survey will help the city council to assess the city’s needs and pinpoint inequalities around Leicester, with the data also supporting the council’s bids to the Government for additional funding.

The City Mayor will present the findings to the city council’s partners at an event on Monday (12 December). Local businesses, voluntary groups, charities and organisations – such as the NHS and the police – will be able to use the data to help them plan their own local services.

Responses to more than 50 questions in the survey were collected from 3,272 adults with a Leicester postcode during autumn 2021. The results of the survey have been published on Leicester City Council’s open data platform to coincide with the release of national census data. Results broken down by age, ethnicity and housing tenure can be found at www.leicester.gov.uk/householddata