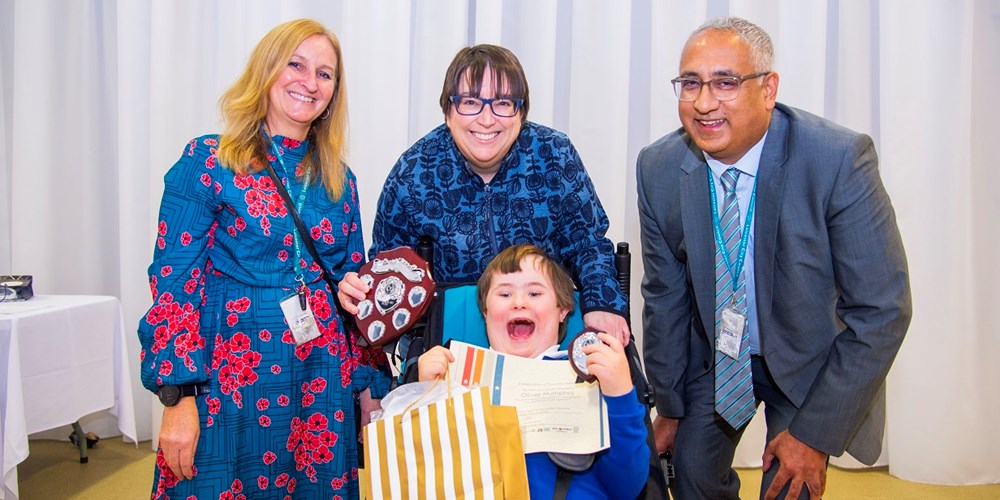 CHILDREN and young people with special educational needs and disabilities have been recognised for their achievements at a celebration event.

The awards ceremony – which was held as part of a recent drop-in event called Local Offer Live – saw children commended for their resilience, bravery and educational achievements.

Among those who received an award was nine-year-old Oliver Humphry (pictured above), who attends Montrose Primary School. Oliver was recognised for his musical and creative achievements.

Assistant headteacher Angela Cross nominated Oliver for the award. She said: “Ollie has impressed us with his contributions in expressive arts, visual arts and literature. He recently wrote a poem for Mental Health Day using picture symbols. In his poem he named different emotions and gave examples of when he might feel a particular emotion.

“Ollie has drum lessons at school and he enjoys expressing himself through his playing.  He is able to join his class in performing songs and poems by learning them using his communication device.

He has demonstrated success in all of these areas, which makes us very proud.”

Alex said: “Henry was born with a condition named sacral agenesis, a rare congenital disorder. Henry does not have normal sensation in his legs which means that he has to use a wheelchair.

“Henry is a genuine inspiration to both the children and adults he works with. His willingness to discuss his health issues and the barriers he faces in everyday life is rare in someone so young. Henry has educated his peers about his health condition, and the realities of being a wheelchair user, with a positive and mature attitude.

“So many tasks which to the other children appeared simple were difficult for Henry, but he simply got on with it. We took Henry swimming which quickly went from being a challenge for all involved, to a genuinely heart-warming experience. By the end of the 10-week block, Henry was swimming independently. His bravery to even get into the water in the first place was in itself fantastic, but to then progress from floats, to arm bands, to adult-assisted to independent swimming was a very humbling experience for me to witness. He did this all with a smile on his face and his usual ‘can-do’ attitude.” 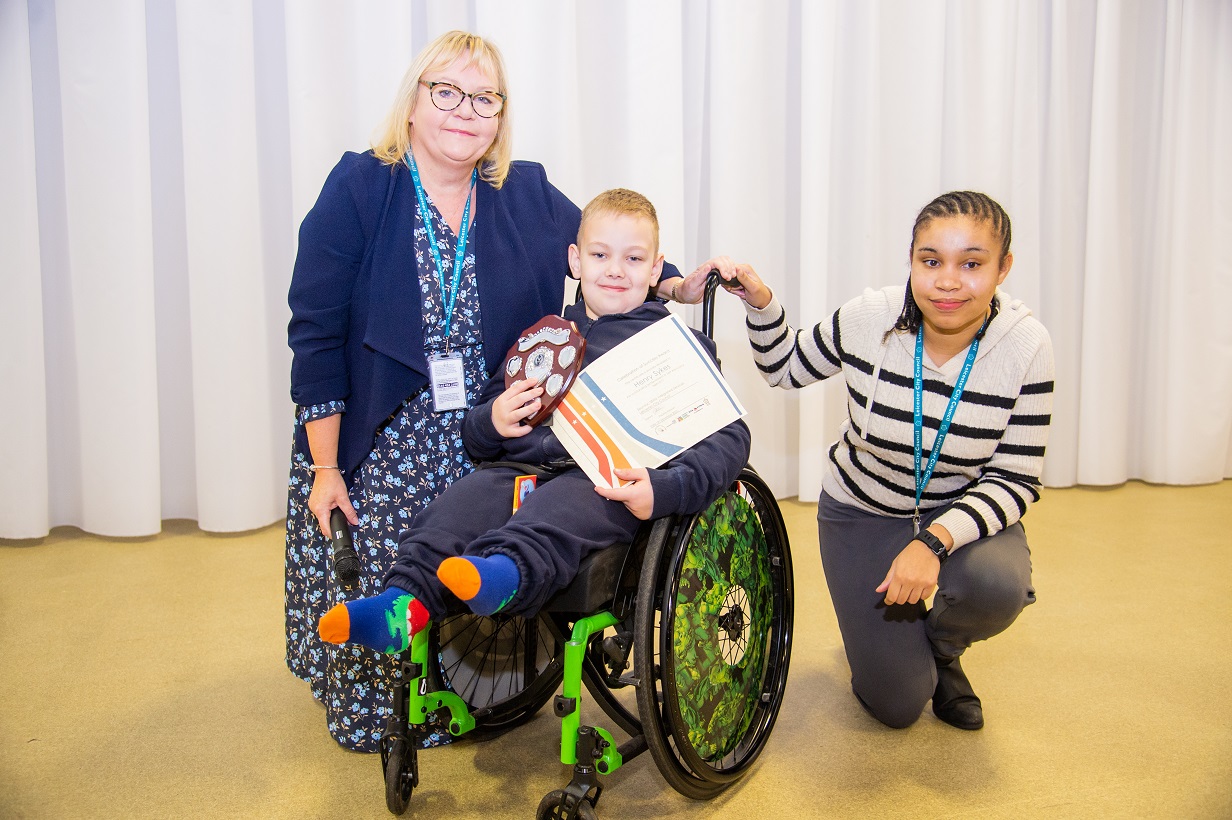 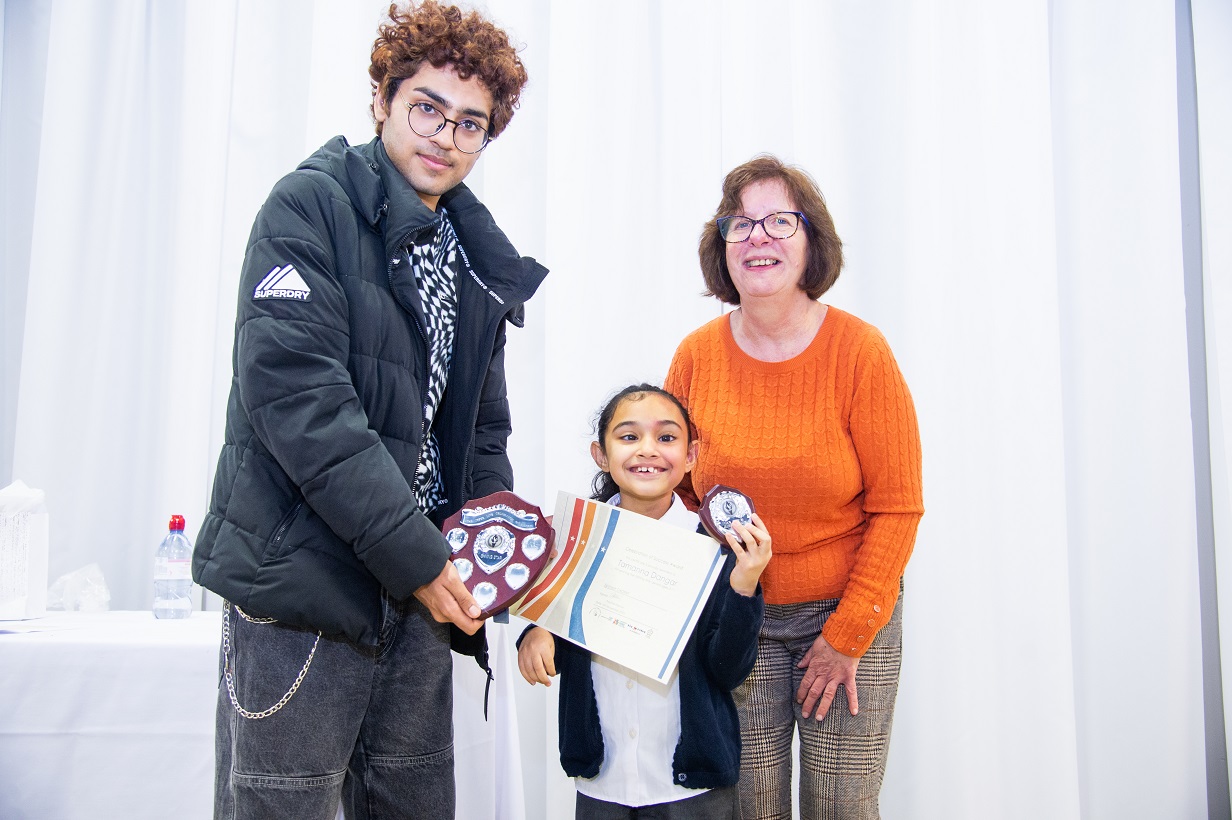 Sixteen-year-old Kian Cherry, who attends Gateway sixth form college and previously Millgate special school, was awarded for the huge commitment he has shown to his education with a 12+ arts, media and music award.

Kian was out of school for more than three years due to his severe anxiety. But from the moment he started at Millgate, he invested in his education and studied extremely hard.

Lisa Roberts and Amy Large from Millgate nominated Kian. Lisa said: “Kian’s perseverance to catch up on his missed learning was second to none. His ability to analyse and explore text has been outstanding and resulted in him achieving his best GCSE grades in English Language and Literature (five and six respectively). Even more impressive was that Kian completed his English Language GCSE outside of his timetabled lessons – using early morning and after school slots to learn the content.”

Amy added: “Kian worked independently throughout his time at Millgate in order to improve his outcomes and future. He worked hard on his social skills so that he is now able to offer his opinion articulately and listen to the opinions of others, engaging in healthy debate. His enthusiasm when contributing in class helped his peers to have a better understanding in the classes they shared with Kian, while in the background Kian was awaiting his diagnosis of autism. He has now gone on to do A-levels at college in order to achieve his dream job of becoming a vet.”

Tamanna Dangar, aged eight, won a Shining Star award after being nominated by Michelle Nelson at her school, Catherine Juniors.

Michelle said: “Tamanna joined our school last year and has settled in brilliantly. She has so many friends who she cares for and plays with. Tamanna has Sturge Weber syndrome, which affects her growth and her vision, and means she has lots of hospital appointments and operations to contend with. But her doctors are amazed by how she is getting on - she is very good at speaking up for herself and will often translate for her parents in medical appointments. Teachers at our school love Tamanna’s sense of humour and her willingness to try hard even with tasks she finds very difficult. We think that Tamanna is a shining star.”

Assistant city mayor for education, Cllr Elly Cutkelvin, said: “These wonderful stories show how children and young people in Leicester who face additional challenges in their lives can inspire and enthuse others with their amazing positive attitudes.

“I’m so pleased that we were able to recognise their achievements at our recent Local Offer Live event, which brought together parents and famillies with the professionals and organisations that can support them.

“We have a specialist and committed staff team in our disabled children’s service and dedicated education professionals who help to support children with additional needs, so we’re always really proud when the children we work with achieve to their full potential.”

More information about city council and partners’ services for children and young people with special educational needs and disabilities, and their families, can be found at: https://families.leicester.gov.uk/send-local-offer/