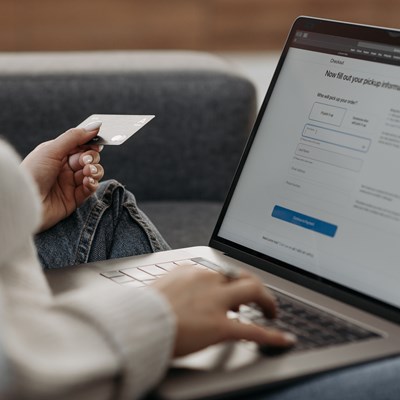 Festive shoppers are being warned over scam shopping websites offering bargain goods which are never delivered.

Leicester City Council's trading standards service is alerting consumers after receiving complaints from people who bought cut-price goods from websites which appeared to be for Leicester-based businesses, only to find out they’d been ripped off.

Trading standards officers who checked the addresses listed for businesses found they were simply houses with no connection to the fake businesses, and whose owners didn’t know their addresses were even being used.

So far, two addresses in the city have been confirmed as fake addresses used by three fraudulent companies selling household items and health products.

Some of the fake companies have even registered with Companies House using these addresses to appear legitimate and genuine.

In some cases, householders have received letters and even visitors to their homes, looking for their goods or demanding refunds.

Trading standards manager Ron Ruddock said: “We have received 19 complaints so far from all over the country about one of the scam websites.

“We estimate that the 19 victims that we are aware of have lost in total over £3,000 – a significant sum when people are already stretched. We are in the process of contacting the domain providers to ask them to take down the websites.

“We are fairly certain that this method of scamming will be operating all over the country and we urge consumers to be extremely vigilant.  We suspect the scams originate from outside of the UK.

“Consumers who believe that have been scammed should contact their bank and Action Fraud for help.”

Shoppers can check on businesses by checking online for the company address and telephone number, and to look for other reviews and references to it.

A street view search of the address will enable would-be shoppers to get a view of the premises in question.

Information is also available from Companies House showing how long anyone claiming to be a limited company has been trading, as well as showing the name of the director and other relevant documents.

Action Fraud can be contacted via their website here.