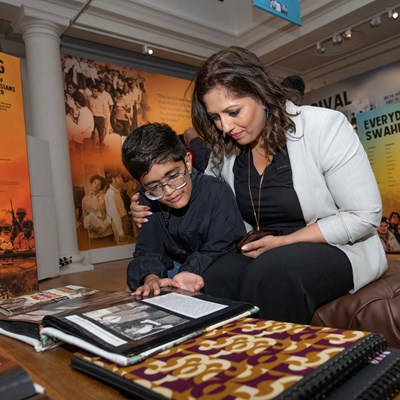 A GROUNDBREAKING exhibition commemorating the 50th anniversary of the arrival in the UK of thousands of Ugandan Asians is being extended to spring 2023.

It formed the centrepiece of a programme of events both marking the anniversary of the exodus in 1972 by those fleeing the brutal Ugandan dictator Idi Amin, and celebrating the contribution the Asian community has made to Leicester’s culture and community over the last half a century.

So far almost 74,000 people have visited the exhibition, shares the personal experiences, artefacts and stories of some of the tens of thousands of people who were given just 90 days to leave Uganda in 1972 under the regime of dictator Idi Amin.

Navrang were awarded just over £102,000 from the National Lottery Heritage Fund for a programme of regional events including the exhibition. It also received a £10,000 contribution from Leicester City Council’s Museums and Galleries Services. Navrang’s 2012 ‘Kampala to Leicester Exhibition’ marking 40 years of Ugandan Asians in Leicester is now on permanent show at Leicester's Newark Houses Museum.

Rebuilding Lives was due to run only until Christmas, but due to the high number of visitors the exhibition has brought into the museum, combined with the international media attention it has brought to the city, the exhibition will continue to take centre stage the museum until April 16.

Visitors had remarked on how the exhibition had managed to capture memories of the expulsion in an incredibly sensitive and careful way, while feedback in the museum’s comments book included: “We couldn’t stop talking about it and sharing our own stories… we didn’t want to leave!”

The exhibition was also featured on BBC One’s Antiques Roadshow, while organisers have also filmed a piece about the exhibition for BBC Two’s Great British Railway Journeys with Michael Portillo. 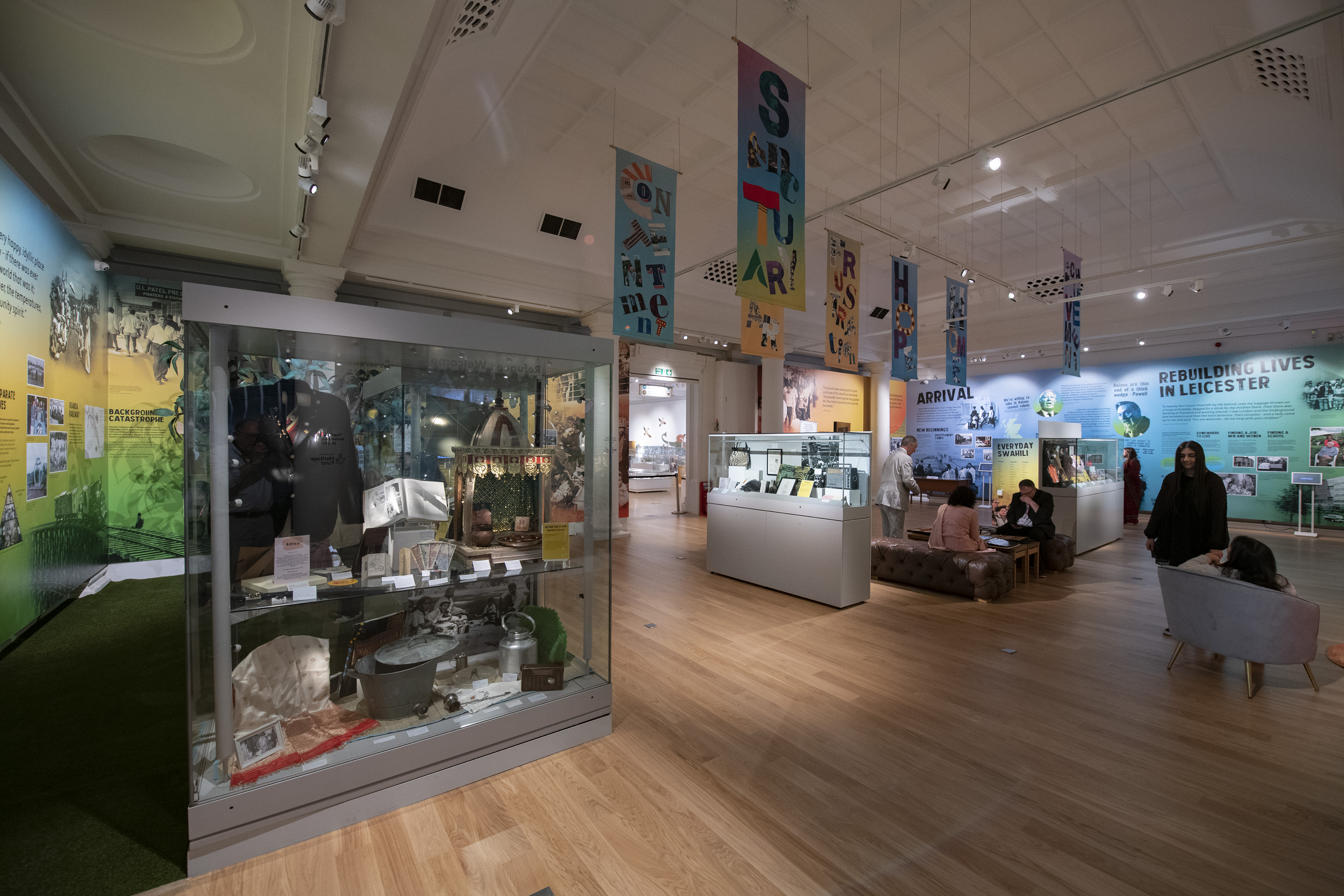 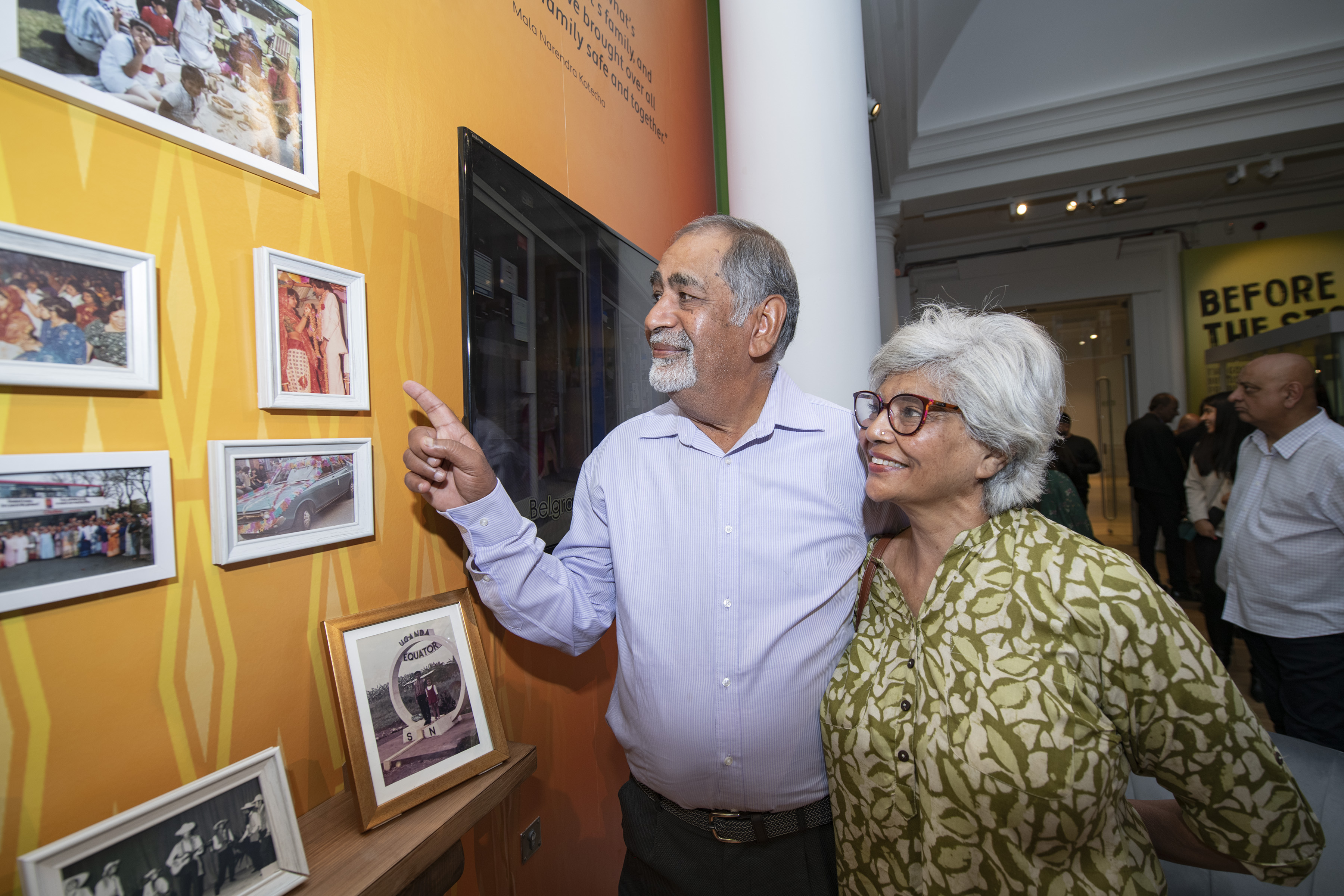 Leicester City Mayor Peter Soulsby said: “The Rebuilding Lives exhibition really brought to life the experiences of a whole community of people displaced and forced from their homes. Sadly such events are far from existing just in the past.

“In the case if the thousands of Ugandan Asians who came to Leicester, they have been a huge part of creating the rich diversity and unique identity of the city to this day.

“The visitor numbers show what an important exhibition this has been to so many people, and I’m very pleased that it will be on show to the public for many more months.”

Cllr Piara Singh Clair, Leicester deputy city mayor responsible for culture, leisure and sport, added: “The exhibition is a poignant reminder of the hardship and resilience faced by so many people who were forced to start their lives again, thousands of miles from home.

“I’m glad that the exhibition as been such a success and has proved so popular among people – for some of whom it is still a very vivid memory, while for others it’s an important chapter in recent living history.”

Navrang’s Nisha Popat added: “We’re delighted to have been asked to extend the run of the exhibition. The response from the public and the media has been fantastic and we’re so pleased that now even more people are going to have the chance to see it for themselves.

“We’re so proud of the exhibition, how it’s grown and how it’s really touched the hearts of the communities involved. The feedback has been amazing and we know that we’ve had visitors not just from across the UK, but from across the world.

“It just goes to show how important marking 50 years since the exile has been.”

More information on Rebuilding Lives is available at the Leicester Museums website here.