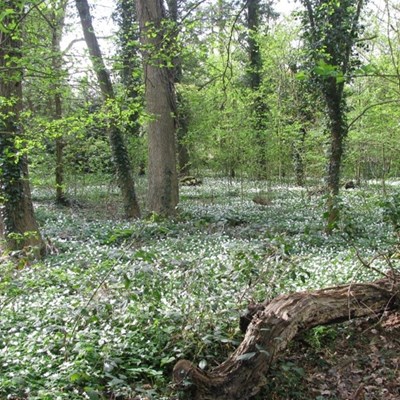 WORK will get underway this month on part of an extensive conservation project aiming to protect and restore a major tributary of the River Soar in Leicester.

“Saving the Saffron Brook” was awarded just over £800,000 of Government money last year, to improve the heavily-degraded river ecosystems along the whole course of the Saffron/Wash Brook, which runs through the south of the city from neighbouring Oadby and Wigston.

It involves a programme of conservation, restoration and repair works, as well as community engagement designed to get local people involved.

The Saffron Brook and surrounding catchment area act as a key wildlife corridor in the region, linking the centre of Leicester to rural Leicestershire and beyond.

This month, work will begin at one of the main areas for improvement, in Knighton Park, with habitat management being carried out at Knighton Spinney, an established broadleaved woodland in the park.

Knighton Spinney is protected as a Local Nature Reserve and Local Wildlife Site, and is home to rare wildflowers such as wood anemone and goldilocks buttercup.

The work will involve carefully selected tree felling to remove diseased and potentially dangerous trees and open up glades to encourage local biodiversity to thrive, along with a combination of cutting back some species, planting other native tree species in targeted areas, and improving access and restoring pathways.

Knighton Park is one of the initial areas of conservation work, which will also include the area around Overdale School, the Washbrook Nature Area and Hughenden Drive, as well as Oadby’s Brocks Hill Country Park, Lucas Marsh and Fludes Lane, and other sites selected to support vulnerable species of wildlife.

Leicester deputy city mayor for environment and transportation, Cllr Adam Clarke, said: “Projects such as this help to manage and protect the city’s valuable natural habitats in a way which supports local wildlife, and preserves these sites for future generations as havens of peace and quiet within the city.”

Alongside Leicester City Council and the Trent Rivers Trust, partners in Saving the Saffron Brook  include Oadby and Wigston Borough Council, NatureSpot, Knighton Wild, Leicestershire and Rutland Wildlife Trust and many others.

The £807,800 project builds on earlier work including the 2021 Leicester Biodiversity Action Plan and 2019 Leicester Riverside Environmental Strategy, which supported the need for investing in work to restore the area.

It is one of 90 nature-based projects across the UK to benefit from the second round of the Government's Green Recovery Challenge Funding, designed to boost green jobs and nature recovery.

The project will also create or improve up to 2,000 metres of footpaths, improving access along the river and bringing communities closer to nature.