Programme of half term road resurfacing to take place 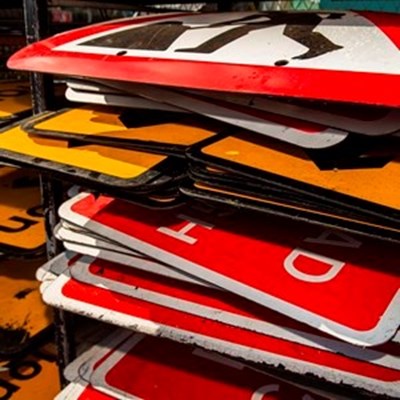 ALMOST £400,000 is to be spent on repairs and resurfacing work in two areas of Leicester over the coming weeks.

The works are being carried out to tackle damaged, cracked and worn road surfaces on a number of busy routes in and out of the city.

More than 8,000 square metres of Victoria Park Road is due to be resurfaced at a cost of £226,000, funded by efficiency savings made during the recently completed £3million improvement works on the Welford Road corridor, which were Department for Transport Local Highways Maintenance Challenge-funded.

It will be done in two phases, the first of which focuses on the area from Welford Road to Queens Road. It takes place from Sunday, February 13, until Saturday, February 19, with a full road closure in both directions.

Traffic diversions will be in place, with buses diverted via Welford Road for the 83/83A service, missing out Clarendon Park Road, Queens Road and Victoria Park Road.

The second phase will concentrate on the area from St Mary’s Road to London Road, from Sunday, February 20, until Wednesday, February 23, again involving a full closure in both directions. Bus diversions will go via Victoria Park Road, Welford Road and University Road for the services 44/44A.

Repairs and resurfacing are also due to be carried out along Scraptoft Lane, in parts of the city’s Humberstone and Hamilton Ward, and Thurncourt Ward.

A total of 4,200 square metres of Scraptoft Lane will be resurfaced between Colchester Road and Wigley Road, starting on Saturday, February 12, and running through until Friday, February 18. The road will be closed in both directions for the work, which is costing £120,000.

Advance warning signs are due to be installed over the coming week, with local residents also being notified of the work.

Leicester City Council’s director of City Highways, Martin Fletcher, said: “Works such as these are needed to ensure well-used city roads remain in a safe condition to cope with modern traffic demands.

“The condition of the road surface on these routes is also something we’ve had brought to our attention by motorists and the ever-increasing numbers of cyclists using them every day.

“The efficiency savings made as part of the main Welford Road scheme mean we can carry out these improvements elsewhere on that important corridor in and out of the city.

“While closing roads inevitably causes some disruption, we are carrying out as much as possible during the school half term holidays, when there is less traffic on the roads.”