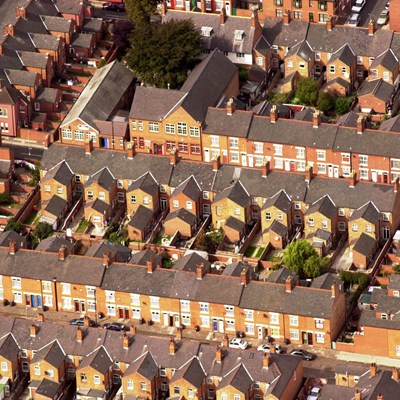 TIME is running out for people to make their voices heard in a consultation which proposes a range of measures to tackle rogue landlords and help safeguard tenants in communities across the city.

Leicester City Council is considering bringing in extra measures requiring landlords and properties to be properly licensed in order to protect the most vulnerable people and improve the standards of private-sector rented housing citywide.

Three different options – or combinations of these options – have been set out in a consultation which gives people the chance to find out more and get involved in the decision making to make a difference to their neighbourhoods.

The online consultation which began in November 2021 runs until February 22, 2022.

As part of that, the city council is running three online Q&A sessions giving people the chance to ask questions and find out more details about the proposals.

People wanting to take part can log in via the city council’s consultations page here.

The first approach would involve bringing in Selective Licensing, which would require all privately-rented properties to be licensed by the city council, within parts of the city’s Westcotes, Fosse, Saffron, Stoneygate, Braunstone Park and Rowley Fields wards.

A second option proposes introducing citywide Additional Licensing, which would require all small HMOs occupied by three or four unrelated tenants who share facilities such as kitchens and bathrooms, to be licensed. It would operate in all areas of the city.

A third option would bring in Additional Licensing only within parts of Westcotes, Fosse, Stoneygate, Braunstone Park and Rowley Fields.

Each of the proposed licensing measures would place conditions on the landlord to ensure issues such as gas and electrical safety, installation of smoke, fire and carbon monoxide alarms are adequately dealt with, along with matters such a repairs and maintenance, waste disposal, tenancy management and addressing antisocial behaviour.

Leicester assistant city mayor for housing, Cllr Elly Cutkelvin, said: “It is vital that people have access to decent affordable housing, and for many families the only chance of this is through a private rented tenancy.

“Our responsibility is to protect the most vulnerable people by ensuring their housing, and their landlords, meet a higher standard in terms of safety, maintenance and the effect on the wider community.

“We’re supporting landlords and tenants to engage with us on these plans, and the involvement of communities themselves is key to ensuring we have robust measures that address local issues.

Additional Licensing and Selective Licensing are the latest steps being considered by the city council to both crackdown on rogue landlords and improve the standards of private-sector rentals.

Another consultation, which ended last month, looked at plans to expand legislation known as an Article 4 Direction, which means planning permission would be needed to convert any house into a HMO in certain areas of the city.

An Article 4 Direction already exists covering parts of the West End, streets near to De Montfort University’s campus and Leicester Royal Infirmary, numerous streets in the area between New Walk and HMP Leicester, as well as most of Clarendon Park and a section south of Lancaster Road.

That would be expanded to include thousands more homes from Rowley Fields, to Westcotes, Newfoundpool and parts of the Waterside area, as well as much of Knighton Fields, Knighton, Stoneygate, part of Aylestone, along with most of Spinney Hills and Highfields.

To take part in the Additional Licensing and Selective Licensing consultation visit here.