Selective Licensing to be introduced in three areas of the city 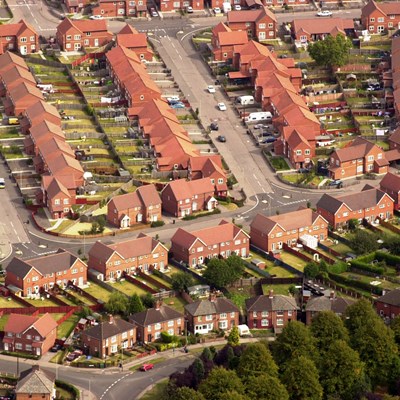 NEW licensing measures are due to be brought in across three areas of Leicester to help safeguard tenants of private sector rented homes and to help identify rogue landlords.

Leicester City Council is introducing extra measures in three areas of the city, requiring privately-rented homes to be licensed in order to protect the most vulnerable people and improve the standards of private sector rented housing.

The approach, known as Selective Licensing, will require all landlords of privately-rented properties to be licensed by the city council if they are in one of three main cluster areas of the city which have a high proportion of such properties – in some cases with as much as two thirds of all housing.

One cluster area will include parts of Westcotes, Fosse, Braunstone Park and Rowley Fields wards, while another will include Stoneygate, and a third cluster will focus on part of the Saffron ward.

The combined area of the schemes covers less than 20 percent of Leicester’s geographical area and fewer than one in five privately rented homes in the city, focusing on areas where there is evidence of ongoing issues, and strengthening the existing mandatory powers councils have to tackle problems.

Selective Licensing places conditions on landlords to ensure issues such as gas and electrical safety, installation of smoke, fire and carbon monoxide alarms are adequately dealt with, along with matters such as repairs and maintenance, waste disposal, tenancy management and addressing antisocial behaviour.

The move to introduce Selective Licensing follows a three-month public consultation which ran from November 2021 to February 2022, in which more than 1,100 people took the opportunity to comment on a range of different options.

The introduction of Selective Licensing was approved at a meeting of Full Council on Thursday, July 7, after going through the council’s process of scrutiny meetings where the scheme was supported unanimously.

Leicester assistant city mayor for housing, Cllr Elly Cutkelvin, said: “For many a private rented tenancy is the only chance of a decent home including for an increasing number of families. The need for good quality, affordable housing has never been greater.

“Ultimately we find some of the worst conditions in the private rented sector and in areas where there is a high concentration of poorly managed properties, community concerns arise that lead to a decline, or feeling of decline, within an area.

“We are committed to working with and supporting landlords and tenants to improve the quality of private-sector rented housing in the city and protecting the most vulnerable people by ensuring their housing and their landlords meet a higher standard in terms of management and safety.

The scheme is due to come into effect in October 2022 and will run initially for five years. The licence will cost £1,090 but various discounts will be available including for early applications, charitable organisations, properties with good energy efficiency and landlords with multiple properties.

Money from the licensing scheme will be ringfenced for operating and enforcing it in the three target areas.

It is part of a broader wide-ranging programme work under Leicester’s first ever Private Rented Sector Strategy, which was launched in November 2021 and sets out plans to support both tenants and landlords in the private sector.