Guildhall exhibitions focus on emigration and exile ahead of Refugee Week 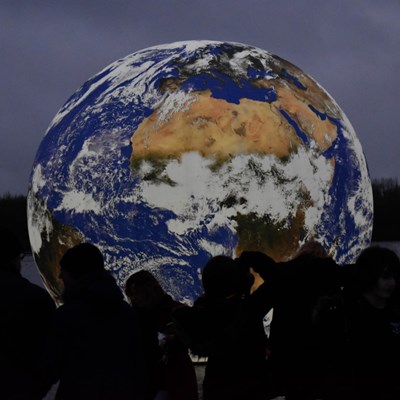 THREE important exhibitions that explore the themes of exile and emigration are now open at Leicester’s Guildhall.

A touring exhibition from the Wiener Holocaust Library tells the story of the Kindertransport scheme that brought thousands of Jewish children to Britain to escape Hitler’s regime.

Between December 1938 and May 1940, almost 10,000 unaccompanied children arrived in Britain from Nazi Germany, Austria, Czechoslovakia and Poland.

‘A Thousand Kisses’ tells the story of the Kindertransport through the experiences of eight of those children and the loved ones they left behind.

Their stories of persecution and migration, and of the refugees who were welcomed and those who were turned away, can be found in the Guildhall’s Great Hall until Sunday 26 June.

Also now on at the Guildhall is a brand new exhibition of photographs from the Holocaust Memorial Day Trust.

Holocaust and genocide survivors often talk about the ‘one day’ when everything changed – an idea that provides the theme for the exhibition and inspiration for a new generation of young photographers.

Dozens of young people across the UK have interpreted the theme by taking photographs to illustrate what ‘one day’ means to them – and their work is now on display at The Guildhall.

One Day continues until Sunday 26 June.

The third exhibition tells the extraordinary story of a group of Polish diplomats, working with Jewish organisations, who were able to save thousands of Jews from the Holocaust by issuing them with fake passports from neutral countries in Latin America.

Under the leadership of Aleksander Ładoś, the Ładoś Group ran its passport initiative from its base in Berne in Switzerland from 1941 – and it proved to be one of the largest rescue operations carried out by diplomats during the Holocaust.

The Pilecki Institute and its partners have collated the names of more than 3,200 people who were issued with a fake passport – not only in occupied Poland, but also in Germany, Austria, the Netherlands and Czechoslovakia.

The Pilecki Institute’s ‘Passports for Life’ exhibition can be seen in the Guildhall’s 1st floor library until Sunday 26 June.

Admission to all three exhibitions is free of charge.

Supporting the theme of exile and emigration is a talk by Simon Lake at 2pm on Sunday 19 June. The Leicester-based art historian will talk about the life and art of the German painter Johannes Matthaeus Koelz, who fled Nazi Germany and made his home in England.

Tickets for the Guildhall talk, The Painter’s Hidden Masterpiece, are priced at £4.50 and can be booked online at leicestermuseums.org or by calling the Guildhall on 0116 253 2569.

Deputy city mayor Cllr Piara Singh Clair said: “These exhibitions remind us that peace and stability should never be taken for granted.

“With Refugee Week coming up, this is a timely opportunity for us to reach out to those facing persecution or forced migration and extend the hand of friendship.”

One Day We Stand by Hannah Kendrick, age 14. Photo courtesy of the Holocaust Memorial Day Trust.