Talk looks back at life in Leicester in the 1920s 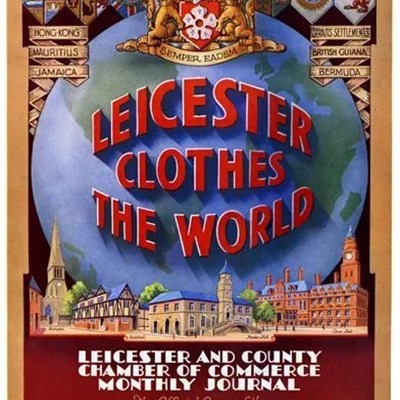 LIFE in Leicester a hundred years ago provides the theme for a talk at the city’s Newarke Houses Museum on Sunday (19 June).

Local historian Philip French will look back to the 1920s and explore a decade that started under the shadow of the First World War and all its economic challenges, but was also an era of dance crazes, home radios, and the golden age of cinema.

Local and national newspapers from the archives will help illustrate the hour-long talk.

“After the sacrifices of the First World War, people were promised a land fit for heroes to live in – but instead the decade was one of broken promises and bitter disappointments,” said Mr French.

“The impact of war brought record levels of unemployment and huge social change, while the economic situation led to significant cuts to welfare programmes.

“Leicester coped with the economic depression much better than some cities, thanks to the diversity of its industries, so although the decade had its challenges, it was also an era when people looked forward with optimism to a brighter future.”

Leicester and the 1920s takes place at 2pm on Sunday 19 June at Newarke Houses Museum. Tickets are priced at £5 and can be booked online at www.leicestermuseums.org/whats-on or reserved by calling the museum on 0116 225 4980.