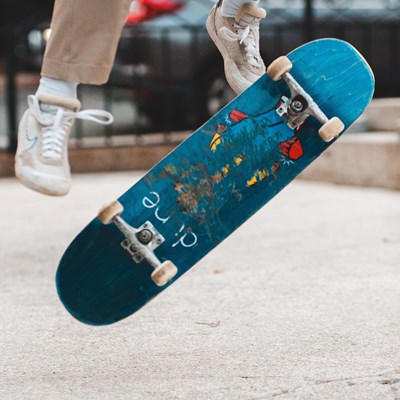 PLANS for a new skatepark facility near Abbey Park have been announced.

Leicester City Council has revealed proposals to create the new skateboarding site on land it owns as part of the sports facilities at Abbey Meadows, off Abbey Lane.

The area of land is currently leased by the city council to Leicester Hockey Club, and is next to their pitch. Negotiations are underway with the hockey club to release the land for the skatepark back to the city council so it can be used to extend the sports and leisure facilities at the site.

Site feasibility works have been done and preliminary designs for the skatepark are now being drawn up, with £375,000 being approved for the scheme under the city council’s People and Neighbourhoods Policy Provision.

Engagement work is also being carried out with skatepark users, and staff from the council’s parks and sports services to ensure the proposed development meets local needs and is a valuable addition to the city’s existing sports facilities.

Planning permission would also need to be secured before work could progress.

Leicester City Mayor Peter Soulsby said: “St Margaret’s Pastures is home to numerous well-used sports pitches and other facilities, and it makes sense to use this part of the site to expand the range of activities on offer.

“We’ve carried out some early site works and the results have been very positive, so the next step will involve more detailed skatepark designs which would make the most of the site.

“From the feasibility work we’ve done earlier this year the site looks very suitable for this kind of development, although ultimately it depends on us getting planning permission for it to ahead.”

The site is immediately north of the Leicester Hockey Club grounds, and is bordered by the River Soar, a section of the A6 and Abbey Park itself. It is easily accessible by foot, bike or skateboard and is near to the car parking and toilets.

Subject to planning approval, the agreement of terms for the release of the land from the hockey club and other preparatory work, construction could begin in autumn 2022.

Leicester deputy city mayor for culture, leisure and sport, Cllr Piara Singh Clair, added: “We are very keen that the skatepark proposed for this site fits in well with the surrounding sports facilities, those at the hockey club and the neighbouring park itself.

“I’ll be excited to see the designs as the plans progress further.”