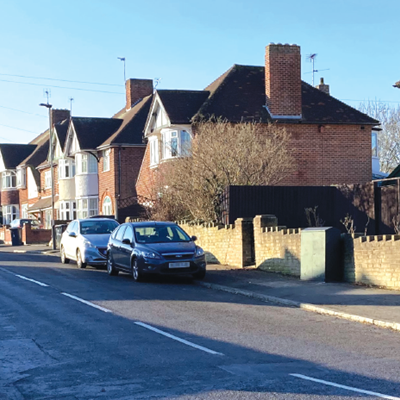 NEW measures are set to be tried out on neighbourhood streets in Evington to help reduce traffic speeds, congestion, inappropriate parking and rat-running.

The measures - all of which are experimental - will include closing off streets to through traffic and trialling a one-way system.

It follows extensive engagement with local residents and schools on ways to reduce congestion, tackle problem parking and limit traffic speeds in the area.

All of the measures are being introduced experimentally to address concerns raised by local people.

Deputy city mayor for environment and transport Cllr Adam Clarke said: “We’re trying out these measures after listening to local residents, in response to the traffic problems they have told us about. A similar scheme is currently under way in Knighton.

“Local ward councillors have been instrumental in engaging with residents and inputting ideas, and will continue to be closely involved with this scheme.

“All of these measures are experimental, so they can be changed or removed over time. We want to see how it goes and whether these changes make a positive difference.

“Making our neighbourhoods safer and healthier is a priority for us as we tackle the climate emergency. People should not have to put up with cars speeding through residential streets, or having their roads blocked by thoughtless school-run parking. Parents have told us that they would be more inclined to let their children walk or cycle to school if there was less traffic.

“By working together with local people and ward councillors, we are introducing changes that will make residential streets in Evington safer, reduce congestion and help to improve air quality, benefitting both our personal health and wellbeing, and that of our city.”

More details about how the scheme will operate are available at  https://www.choosehowyoumove.co.uk/evington/