Leicester to host curtain-raiser to the 2022-23 football season 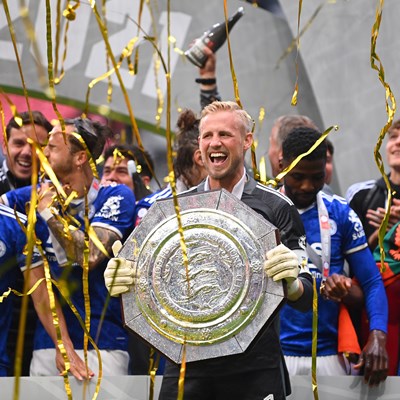 FANS of Liverpool and Manchester City will be heading for Leicester in July to watch their teams compete for the first trophy of the new football season.

The FA has announced that the traditional curtain-raiser to the new season – The FA Community Shield – will be played at the King Power Stadium on Saturday 30 July.

This means that thousands of fans will be making their way to Leicester for the game – and the city council is looking forward to welcoming them.

“It’s very exciting that all eyes will be on Leicester, as fans around the world look forward to a new football season,” said City Mayor Peter Soulsby.

“Liverpool and Manchester City have set extraordinary standards in recent years, and I’m sure their fans will want to get the new season off to a good start by beating their closest rivals – so it should be a cracking game.

“We look forward to welcoming the fans of both teams to our city and hope that they’ll enjoy their day out in Leicester.”

Leicester City are the current holders of The FA Community Shield. The Foxes beat Manchester City 1:0 to win the trophy last year, after winning the FA Cup for the first time.

The FA Community Shield will kick off at the King Power Stadium at 5pm on Saturday 30 July.

Broadcast details and ticketing information will be announced by the FA in due course.