Time to vote for city’s heroes of dental care 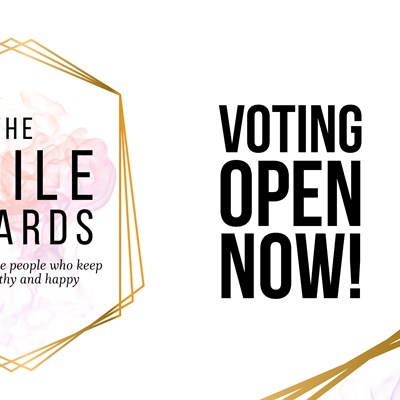 IT’S time to vote for the health professionals, dental teams, teachers, nursery staff and volunteers who are doing the most to help improve oral health in Leicester.

Since early April, people have been nominating individuals and organisations for a Smile Award – the city council scheme that seeks to acknowledge those who go above and beyond to help keep the city’s teeth healthy.

Now, as the country marks National Smile Month (16 May – 16 June), a shortlist of nominees has been drawn up ­– and people have until 29 May to vote online for their favourites, before the winners are announced at a ceremony on 16 June.

Assistant city mayor for public health, Cllr Vi Dempster, said: “I hope that people in Leicester will join us in acknowledging those who work so hard to improve oral health by going to our website and voting for those who deserve this special recognition.”

Leicester’s Smile Awards will be made in the following categories:

Two further Smile Awards will be announced at the ceremony on 16 June, recognising a school and an individual or group who put in extra effort to promote good oral health to children, young people and families. The Community Champion – Children Award is sponsored by DW Design & Print.

People can vote for their local dental heroes online at www.leicester.gov.uk/smileawards.

National Smile Month is a charity campaign that champions the importance of good oral health.

During National Smile Month, the city council’s public health team will be out and about, handing out oral health packs to encourage people to look after their teeth and gums, while promoting four key messages:

Anyone who isn’t registered with a dentist can find help and information on the NHS website.

Since Leicester’s Healthy Teeth Happy Smiles programme was introduced in 2014, supervised toothbrushing has become standard practice in many nurseries and primary schools in Leicester.