Leicester’s Eco-Schools are leading the way 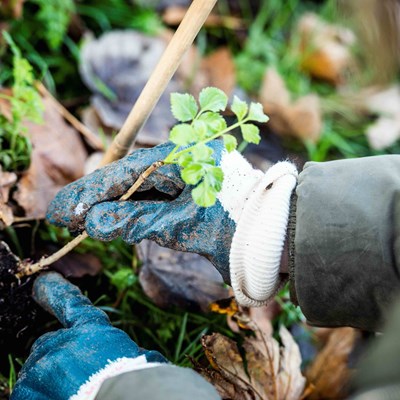 LEICESTER is leading the way when it comes to environmental education and wider support for schools that contributes to the city’s net zero carbon ambition.

In total, 65 schools in the city, including primary, secondary and special schools, now have an Eco-Schools Green Flag – the highest number in any local authority area in England.

The award – which is accredited by Keep Britain Tidy – recognises excellence in schools across a wide range of environmental activity. For example, projects that reduce waste or promote energy efficiency in schools, help pupils learn more about living sustainably, or examine environmentally-friendly ways of travelling to school could all contribute towards a Green Flag.

Deputy city mayor Cllr Adam Clarke, who leads on transport, clean air and climate emergency, said: “The council’s sustainable schools team has helped more than 65 city schools gain their Green Flag status. This is just one part of the wide range of support they offer schools.

“Other really important schemes include the Tiny Forests initiative, which has seen ten new climate resilient habitats that double up as outdoor classrooms created on school grounds; and our pioneering work to reduce the carbon footprint and energy bills for schools, with massive investment in measures such as new windows, energy efficient lighting, solar panels and heat pumps and advice and guidance provided for school staff.”

Alongside an impressive haul of Green Flag awards, over 20 schools have signed up to Let’s Go Zero 2030 and developed their own climate action plans; 10 schools have developed new wildflower patches to promote biodiversity and even more are now growing their own healthy food on site; and dozens of teachers and hundreds of pupils have received special training in the carbon cost of everyday activities through Carbon Literacy and carbon awareness.

Leicester has ten schools that are home to new Tiny Forests – the most of any city in England – and the sustainable schools team has now successfully bid for an additional £300,000 from the Local Authority Tree Fund to plant a further 10 Tiny Forests in schools this winter.

Schools are seeing major investment in energy efficiency measures. Fifty-five schools in the city are benefiting from a share of £25million to pay for carbon-cutting improvements ranging from replacing old-style boilers with energy efficient air source heat pumps to LED lighting, modern insulation, new double-glazed windows, and the installation of solar photo-voltaic panels.

A growing community of Leicester schools are also signing to Plastic Clever, a scheme to help reduce the use of single use plastic, and Leicester hopes to be become the first Plastic Clever Schools city later this academic year.

More recently, over 900 pupils from 14 primary schools have taken part in a new climate change learning challenge developed by the sustainable schools team and the city council’s arts and museums service. The activity packs feature daily challenges to help children and their families better understand climate change and how we can all make small changes can to reduce our carbon footprint. The project was support by Arts Council England.

And people can do their bit to help make sure schools get the recognition they deserve for their work on environmental projects. Nominations are now open for the third annual Sustainable Schools Celebration Evening. Schools, teams, pupils and staff can all be nominated across 25 categories with the winners receiving their awards at a special event in early January 2023. The deadline for nomination is Friday 9 December 2022. To find out more visit: schools.leicester.gov.uk/env-celebration