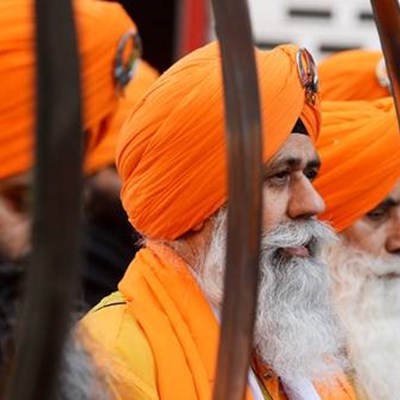 MOTORISTS are being advised of possible traffic disruption caused by a religious procession taking place this weekend.

The annual Nagar Kirtan procession, which every year attracts about 10,000 Sikhs, will be making its way through Leicester on Sunday, November 20.

The colourful procession will set off from the Guru Tegh Bahadur Gurdwara in East Park Road, at around 11am, and will follow a route through the city to Holy Bones, near St Nicholas Circle.

It will mean a series of rolling road closures while the procession passes through the city. There will also be some parking restrictions in the streets near East Park Road, namely parts of Leicester Street, Rosebery Street, Nottingham Street, Holy Bones and Great Central Street.

Information signs will be going up on main routes into the city ahead of the procession to warn drivers, while the city council’s Area Traffic Control team will be providing regular traffic and travel updates to help people coming into the city.

Nagar Kirtan is a major event in Leicester’s religious and cultural calendar, which celebrates the birth of Sikhism’s first Guru and founder, Nanak Dev Ji.

The event has been celebrated in Leicester for more than 20 years and involves people in the procession walking from temple to temple, singing hymns and filling up on food.

Leicester assistant city mayor for culture, leisure and sport, Cllr Piara Singh Clair, said: “Nagar Kirtan is a very popular event among the city’s Sikh community, with people turning out in large numbers to take part in the events.

“We want to ensure the safety of spectators and people taking part in the procession, so we will be putting in place a series of rolling road closures as it passes through the city.

“We want to be sure that people intending to visit the city centre on that day are aware of this event and can plan accordingly.”