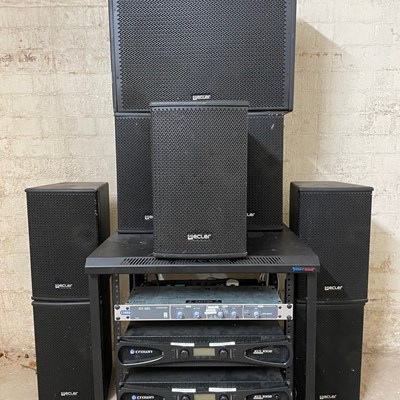 OFFICERS from Leicester City Council have seized sound equipment from a Leicester shisha cafe after residents complained about very loud music coming from the premises.

It followed repeated complaints from neighbours about loud bassy music at the venue.

The council most recently received complaints about noise from the shisha café in August 2022. Residents living nearby had contacted the noise and pollution control team about unacceptable noise from amplified music and loud bass, which was making it difficult for them sleep at night, and also made it difficult to use their property during the day.

Within a two-month period, the council’s noise and pollution control team witnessed four noise nuisances from the shisha cafe and wrote to the venue's premises licence holder three times about the noise. These warnings were not heeded and a further noise nuisance was witnessed on Sunday, September 17.

As a result, Leicester Magistrates Court granted the noise and pollution control team a warrant to enter the premises and remove the equipment involved.

In total, more than 12 items of sound equipment have been seized, including mixing desks, amps and speakers.

Abu Daniel can claim the sound equipment back a month after the seizure but will have to pay the costs incurred, which will be in the region of £800.

Following the seizure, the noise and pollution control team are requesting a review of the premises licence for Abu Daniel to remove amplified music and voice from the licence.

Further reports of noise nuisance could mean further seizures of equipment and the likelihood of the person responsible for the club being prosecuted, which – if successful – carries an unlimited fine.

Leicester City Council’s noise and pollution control team manager, Robin Marston, said: “Venues like this have a responsibility to be considerate to neighbouring properties, but in this instance noise from Abu Daniel has caused serious ongoing problems.

“The seizure of their equipment was necessary because they failed to respond to any of our previous attempts to resolve the problem.”