A SCHEME that would ensure that Leicester’s famous outdoor market remains the beating heart of the city’s Old Town for a new generation has been proposed by the City Mayor.

Sir Peter Soulsby has outlined proposals for more than £7.5m of improvements that would preserve the character of Leicester’s traditional market, while updating it for the benefit of both traders and shoppers and creating a market fit for the 21st century.

Ideas for improvements – shown in a series of artist’s impressions – include upgrades for stalls, better lighting, smart new paving, and a shuttered perimeter that would keep the site secure at night.

All the old wooden stalls – now in poor condition – would be removed, and around 70 smart new stalls would be installed in their place, creating an attractive environment for the fruit, veg and other traders. The new stalls would be set out in an improved layout to create better pedestrian routes through the market. 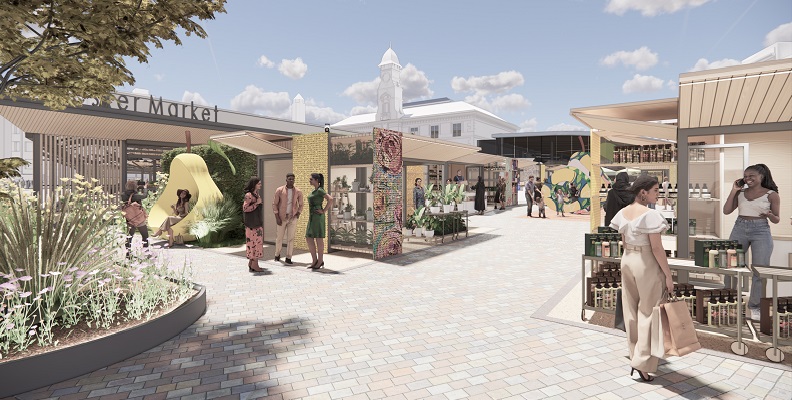 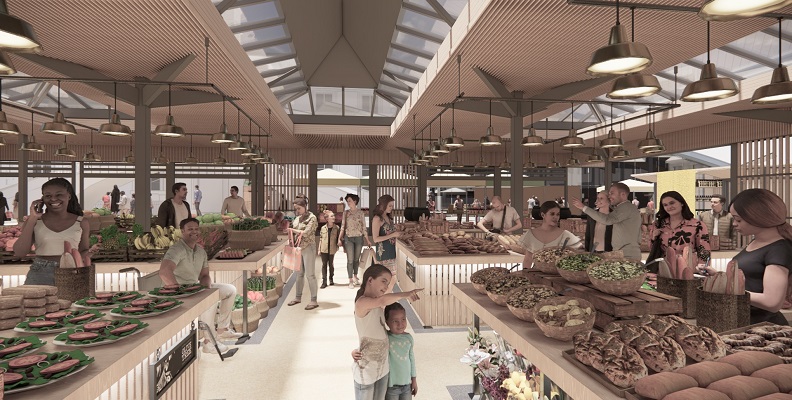 As part of the proposals, sections of the market roof on either side of the historic Corn Exchange would be removed, opening up views of the Grade II* listed building and creating space for new trading opportunities.

Attractive, flexible and lockable units – featuring green roofs and solar panels – would be installed in front of the indoor food hall to attract a new generation of traders and a wider range of quality goods.

On the opposite side, the space could be used for temporary specialist markets or special events, while an expanded café would be relocated to a site adjacent to Dolphin Square, where it would offer its customers more outdoor seating and a much more attractive view of the market area.

By moving the café, the market area would become more visible from Gallowtree Gate, helping to better connect the market with the busy pedestrian route. 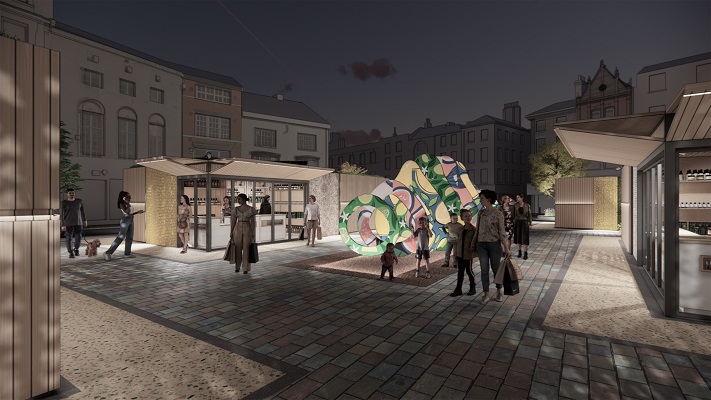 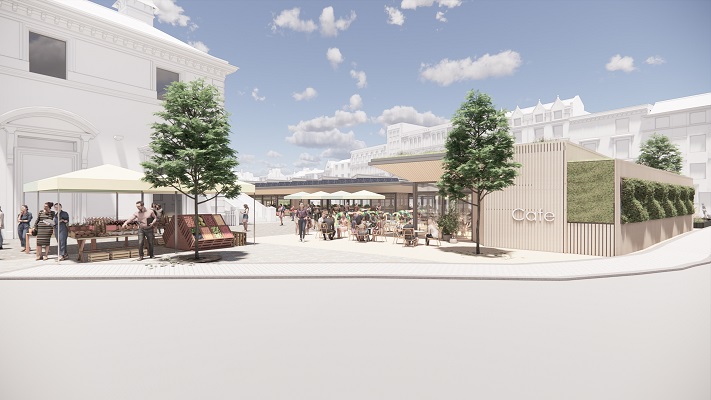 City Mayor Peter Soulsby said: “We want to make sure that Leicester Market has a bright future – and that means helping it to adapt to reflect the way that people shop today.

“By reconfiguring the space to reflect current demand for traditional market stalls, we can create new opportunities for new businesses that will complement the existing offer and attract new activity, and new life, to the market area.

“There’s been a busy working market at the heart of our city for centuries, and these proposals will help ensure that that continues.

“This investment will make sure that our historic market continues to serve its loyal customers, while attracting a new generation of shoppers to a market that’s fit for the 21st century.”

The city council will be engaging with the 55 businesses that currently operate from Leicester Market, with traders invited to find out more about the proposals at a number of drop-in sessions from tomorrow (Wednesday 7 September).

Subject to planning permission, work on the market refurbishment could get under way in spring next year and would take around 15 months to complete.

While refurbishment works are under way, the outdoor market and its traders would relocate to Green Dragon Square, where around 50 covered stalls and up to 20 lockable units, illustrated below, would provide a temporary home for the historic market. 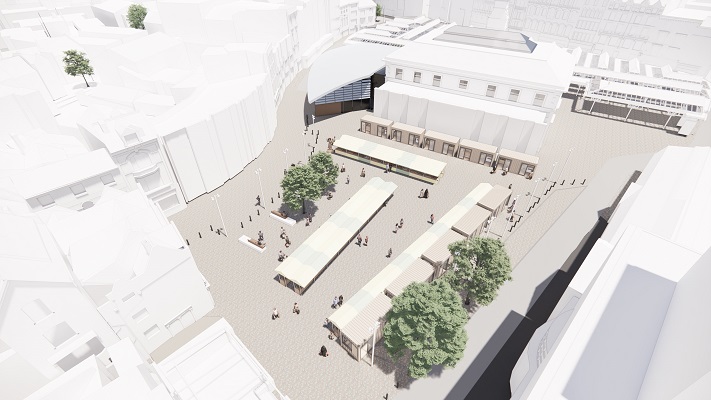 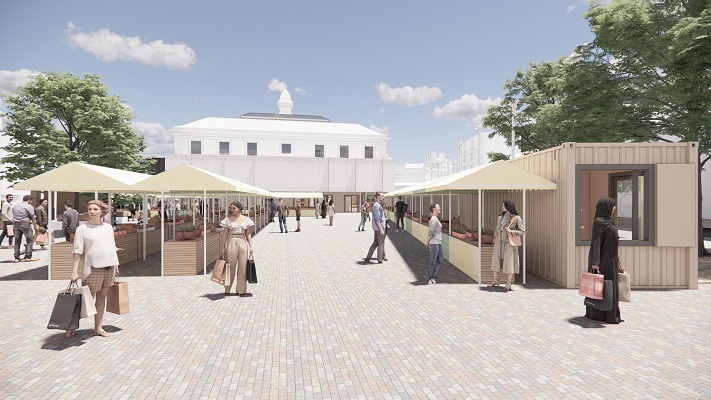 The proposed investment would complement other significant improvements carried out by the city council in the area over the last decade.

This includes the demolition of the 1970s indoor market hall, the creation of an attractive new food hall, the opening of Green Dragon Square, the upgrading of all the roads and footways around the perimeter of the market area, and the creation of a high-quality new pedestrian route from Town Hall Square.

These latest proposals would also aim to showcase the architectural quality of the buildings around the market place, including the former Odeon cinema with its recently-restored 1920s façade.

A formal decision on the proposed investment in Leicester Market will be made later this month.