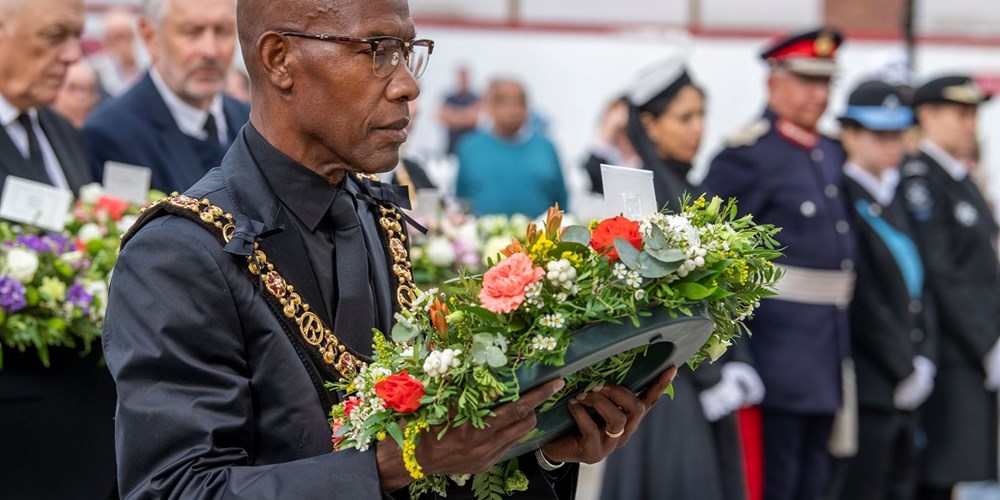 PEOPLE came together in Leicester at the weekend for two special events to mourn the passing of Queen Elizabeth ll and to mark the start of the reign of King Charles lll.

Dignitaries from across the city and county laid wreaths in memory of The Queen in Leicester’s Green Dragon Square on Saturday (10 September). 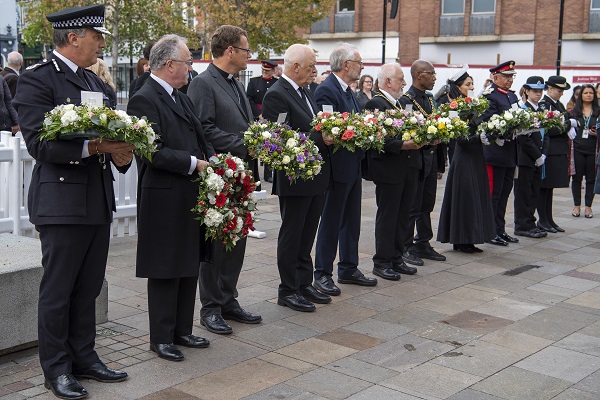 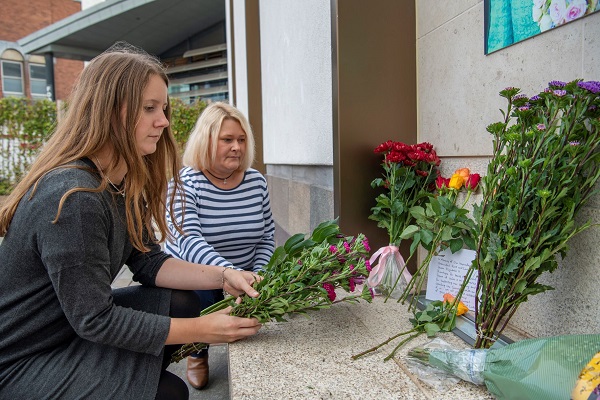 The simple ceremony was watched by people who came to the square to leave flowers and other tributes.

High Sheriff Mehmooda Duke read the proclamation which heralded the start of the King’s reign. The ceremony ended with three cheers for King Charles and the national anthem – God Save the King. 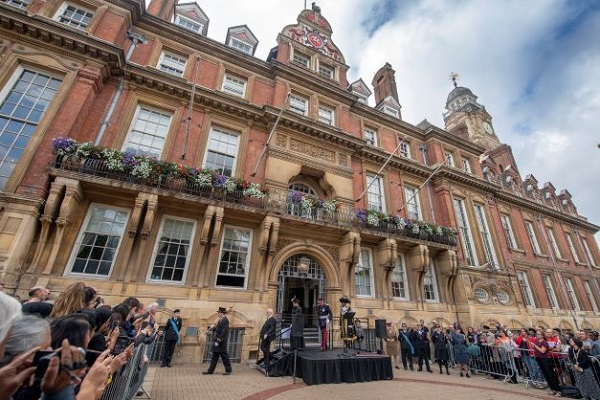 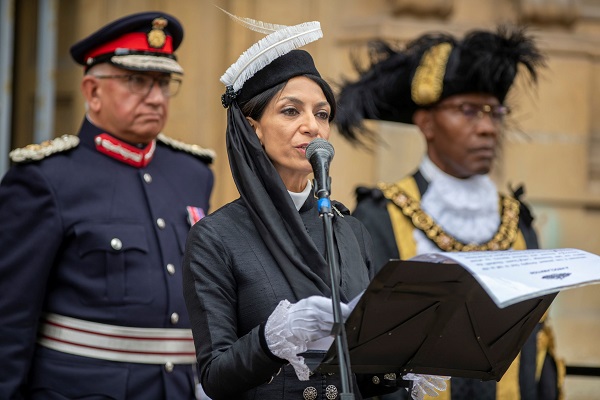 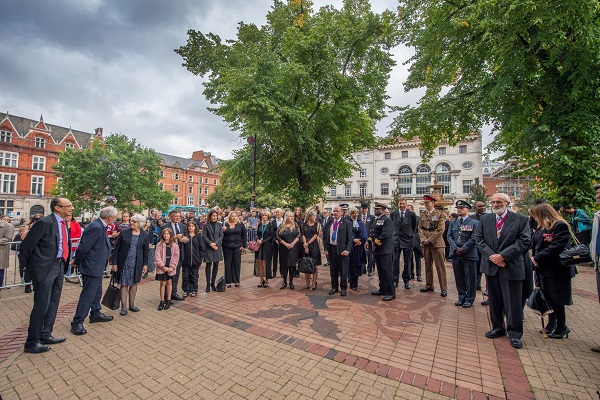 Following the proclamation, the Union flags at the Town Hall and City Hall which had been raised for the ceremony – were once again lowered to half-mast, as the 10 days of national mourning continues.

More information about local events and any impact on local services is available on the council’s website at Queen Elizabeth II (leicester.gov.uk)