Leicester Pride parade to take to city’s streets this weekend 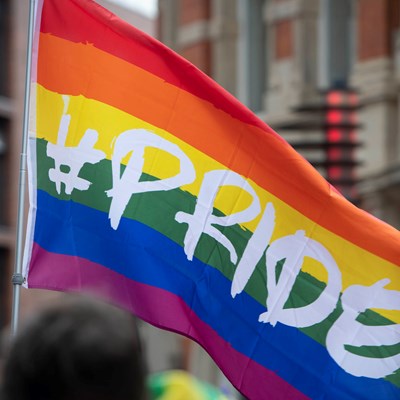 LEICESTER’S annual celebration of its lesbian, gay, bisexual and transgender community will take to the city’s streets this weekend.

The Leicester Pride festival will take place on Victoria Park, on Saturday, September 3, and also includes thousands of revellers taking part in a colourful parade through the city centre.

A series of rolling road closures will be in place in the city between 11.30am and 2pm on the day to enable the parade to pass through safely.

The parade route begins at Curve, and takes in Rutland Street, Humberstone Gate, High Street, Silver Street and into The Lanes, before heading through St Martins, Greyfriars, Hotel Street and Market Street.

From there it crosses Belvoir Street into King Street, and travels along New Walk, with temporary rolling road closures in place at De Montfort Street, University Road and Granville Road.

Drivers coming into the city while the parade is taking place are advised to allow extra time for traffic disruption, or use alternatives such as cycling or walking.

Around 10,000 people attend the event every year, including about 2,000 who take part in the parade.

Celebrations at Victoria Park include a programme of live music, entertainment, funfair and market stalls.

Leicester deputy city mayor for culture, leisure, sport and regulatory services, Cllr Piara Singh Clair, said: “We are once again very proud to support Leicester Pride and welcome it to the city.

“It is always a very popular event, with thousands of people taking part through the city streets and at the main festival site on Victoria Park. I hope this year’s celebrations are once more a success.”