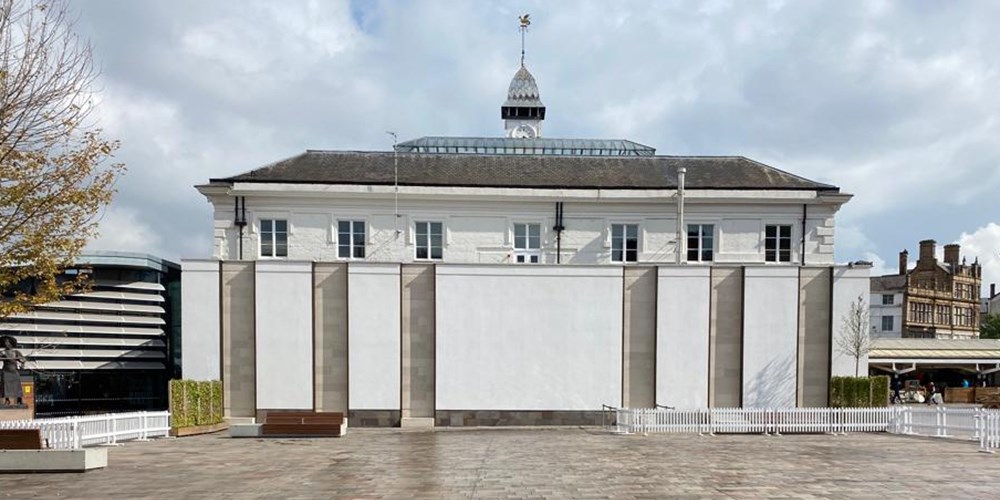 LOCAL dignitaries from the city and county will come together in Leicester’s Green Dragon Square tomorrow (Saturday 10) to lay wreaths to mark the passing of her Majesty Queen Elizabeth ll.

Starting at 10am, they will each lay a wreath in the square, which is also the designated space for people to leave flowers or other tributes to the nation’s longest-serving Monarch.

The square, located behind the Corn Exchange in Leicester Market Place is open now to receive flowers. People are being asked to remove cellophane or other wrapping, before leaving their tributes.

Green Dragon Square is being lit in purple as are the city council’s other key buildings, and photographs of the Queen’s many visits to Leicester are being projected onto the Corn Exchange wall.

People are also invited to pay their tributes in a book of condolence which has been opened at Leicester Town Hall. The Town Hall will be open from 8am to 5pm at the weekend and every day next week. A virtual book of condolence is also available on the council’s website.

For more information about events in the city and to write in the book of condolence go to the city council's website.  Further details about the national 10 days of mourning are also available on the Lord Lieutenant’s website.