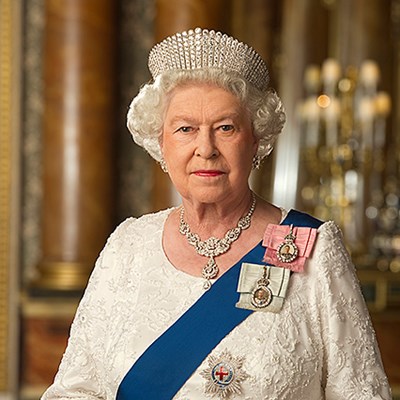 TRIBUTES are being paid to Queen Elizabeth II following the announcement of her death.

Her Majesty’s passing was announced on 8 September, and brings to a close the longest reign by any monarch in British history.

Queen Elizabeth most recently visited Leicester on Maundy Thursday in April 2017 when she spent time at Leicester Cathedral to hand out the traditional Maundy Money.

Prior to that, she was welcomed to the city in 2012, when Leicester was chosen as the starting point for her nationwide Diamond Jubilee celebrations.

Leicester City Mayor Sir Peter Soulsby, who greeted The Queen on her 2012 visit, said: “I am profoundly saddened by the news of Her Majesty’s passing, and on behalf of the city extend my sympathies to our new monarch and all of the Royal Family.

“Queen Elizabeth was on the throne for more than 70 years – the longest reign of any British monarch – and in that time was a tireless ambassador in the service of the country and the wider Commonwealth.

“During her lengthy reign, The Queen oversaw vast changes politically and domestically, both at home and internationally.

“She always acted with remarkable grace and composure, which inspired genuine affection from across the world. Her passing truly marks the end of an era.”

Books of condolence are being opened at Leicester’s Town Hall and Leicester Cathedral, as well as locations in the county. A virtual book of condolence will also be made available on the city council's website.

Flags at Leicester’s Town Hall and City Hall are being flown at half-mast as a mark of respect. The council’s key public buildings are being lit in purple.

More information on the 10 days of national mourning, local events and any impact on council services will be published on the council's website.