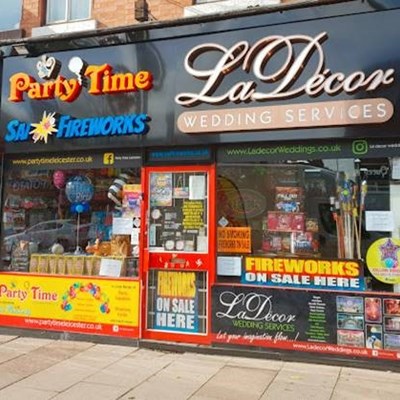 A BUSINESS has been fined £40,000 after illegally storing powerful fireworks in dangerous conditions.

Party Time (Leicester) Ltd was prosecuted for storing hazardous fireworks it was not licensed to store, as well as storing other fireworks in unsafe containers or outside of their safety packaging at its branch in Melton Road, Leicester, in 2019.

The high-powered HT3 category fireworks – the kind normally used in large outdoor displays – would have caused a serious fire or explosion capable of causing significant damage to neighbouring buildings if they and the other fireworks in stock had ignited.

Licences held by Party Time (Leicester) Ltd to store explosives and supply adult fireworks at the Melton Road premises were revoked by Leicester City Council in 2020, after inspections carried out by officers from the council’s public safety team found HT3 category fireworks at the business in breach of the storage licence and in unsafe conditions.

The company appealed against having its licence revoked, but in November 2022, the Secretary of State for Work and Pensions dismissed the appeal.

In December 2022 the company also withdrew an appeal it had previously made to Leicester Magistrates’ Court seeking to overturn the licensing decision.

Last week, Party Time (Leicester) Ltd pleaded guilty at Leicester Magistrates’ Court to three charges under the Health and Safety at Work Act 1974, for the offending which had led to it losing its licences in 2020.

Since the business’s licences were revoked in 2020, a new company has taken over holding the licences to store and supply fireworks at the premises.

Party Time (Leicester) Ltd, which is registered at an address in Prebend Gardens, Highfields, also has a shop in Loughborough.

Leicester deputy city mayor responsible for regulatory services, Cllr Piara Singh Clair, said: “High-powered display fireworks such as these need to be handled and stored safely to prevent them from being a very real hazard, which is why the law puts in place strict conditions on how they are stored.

“However, visits by our staff showed that Party Time (Leicester) Ltd was storing these explosives in an unsafe manner which would have provided little or no protection in the case of a fire.

“The offending was serious enough for us to remove the company’s licences and to seek a prosecution through the courts. The fine issued by magistrates reflects the seriousness of the offending.

“I hope this case will remind other businesses selling fireworks of their obligations to do so safely.”