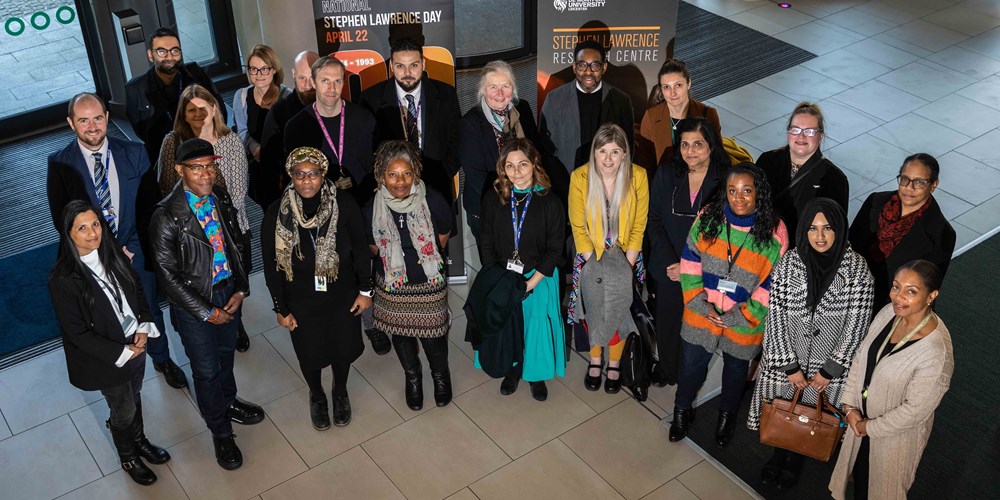 A PROGRAMME of training and research designed to help schools better engage with their students, whatever their background, has been developed by the Stephen Lawrence Research Centre (SLRC) in partnership with the city council.

More than 30 school leaders and curriculum leads, representing all of the city’s mainstream secondary schools, are set to take part in the SLRC’s introduction to racial literacy training programme this spring and summer.

While the new programme was launched yesterday (Tuesday 24 January), work on the project dates back to October 2019, when a city council-led task group reported on its findings about the groups that were consistently underperforming at school.

Its report –The Underachievement of Black Caribbean and White Working Class Pupils of Secondary Age in Leicester – made a number of recommendations for the council as well as for schools.

Now, as schools return to normal after the pandemic, a new task group – comprising key partners and chaired by Cllr George Cole – is implementing those recommendations.

By contracting the SLRC to develop and deliver a racial literacy training programme for the city’s key educators, the council hopes to provide better opportunities for Leicester’s underperforming groups to succeed.

Task group member and assistant city mayor for education Cllr Elly Cutkelvin said: “The launch of the racial literacy training programme is the result of the strengthening partnership between the Stephen Lawrence Research Centre, the city council and the city’s schools – and it’s an initiative that we’ve been working on together for some time.

“What we all want to achieve is the best possible outcome for all of our young people, whatever their background. And what this training seeks to do is to enhance teaching and learning practices at city schools so that educators feel better able to support, and engage with, every one of their students.

“I’m very pleased that this training programme is now ready to launch and we look forward to working with the SLRC to develop and deliver the initiative.”

Task group chair Cllr George Cole said: “Schools are one of the most important vehicles we have as a country that can help children from all backgrounds aim for a bright future, be the best versions of themselves and get the most from their innate talents.

“In a city like Leicester, with such a diverse racial, religious and socio-economic mix, it is important to ensure that every effort is made in our schools to provide the kind of environment and teaching practices that support every student.

“Each pupil in our diverse classroom should feel equal, none above the other. In a diverse classroom it is imperative that each child is taught to understand the benefit of the diversity as well as what has caused it.

"The racial literacy programme that is being launched is about equipping school leads and classroom teachers with the tools to achieve just that.”

The training programme – which will be led by Dr Amanda Arbouin – was launched yesterday (24 January) with participants from all 20 of the city’s mainstream secondary schools.

Dr Lisa Amanda Palmer, associate professor and interim director of the Stephen Lawrence Research Centre, said: “The SLRC’s mission is to work closely with local educators to address the societal inequalities faced by students and educators, and to respond with constructive action that can make real and positive difference in people’s lives.

“We are very excited to be working with local educators and Leicester City Council to embark upon this programme of Racial Literacy training. The programme begins as we mark the 30th anniversary of the tragic murder of Stephen Lawrence so I think this initiative is a great way to honour Stephen’s memory and legacy.”

More information about the Stephen Lawrence Research Centre at De Montfort University is available at dmu.ac.uk

Picture caption: Representatives of the city council, the Stephen Lawrence Research Centre and other partners at the launch of the training programme.