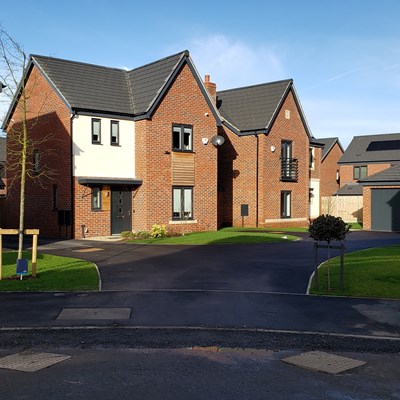 A FINAL consultation is taking place on Leicester’s Local Plan.

A Local Plan shows how local authorities propose to organise and allow development through the planning process for the next 15 years. It is a legal requirement that all authorities draw up and adopt a Local Plan.

As part of the process of adopting a new plan in Leicester, three consultations have already been carried out. Initial options were consulted on in 2014, before a further consultation in 2017 looked at possible sites in the city that could be allocated for future development. A consultation in 2020 set out draft policies and recommended sites that could be developed to meet Government targets, which have increased considerably over the course of preparing for a new Local Plan.

Feedback has been gathered from these consultations and incorporated into the latest Local Plan. Other factors have also been taken into account, such as changing legislation and the need to incorporate key local policies on topics such as health, heritage, biodiversity and climate change.

As a result, some proposed development sites for the new Local Plan have been removed or modified. Changes have also been made to increase the number of homes that will be built on brownfield sites and in the city centre.

The overall housing need for Leicester between 2020 and 2036 is 39,424 homes in total, which includes homes already completed and existing planning permissions. In terms of new site allocations, 6,668 (71%) homes are proposed on brownfield sites in the city, with 2,686 (29%) planned on greenfield sites.

The Plan is supported by an agreement with councils in Leicestershire – known as a statement of common ground – which will form a key part of Leicester’s Local Plan. This means 18,700 of the total 39,424 homes the Government says Leicester needs to build by 2036 will be built on land outside of the city’s boundaries. In addition, around 23 hectares of employment land - from a total requirement of 65 hectares - will be allocated outside of the city, on behalf of Leicester.

This final consultation stage seeks views only on whether the council has followed the correct legal and procedural requirements and developed a ‘sound’ plan that has been positively prepared and justified, is effective, and is consistent with national policy. It will also check the council has co-operated effectively with key stakeholders in developing its strategies and policies.

Responses received on these aspects of the plan and process  will be sent to the Secretary of State to be reviewed by the Government’s appointed Planning Inspector at an Examination in Public to be held later this year.

The consultation will run from 16th January until 27th February 2023.

City Mayor Peter Soulsby said: “This is the final stage of consultation on our proposed Local Plan before it goes to the planning inspector.

“People have had many chances to give their opinions on the emerging Plan in previous consultations, and we have made changes as a result, including withdrawing some sites for potential development and increasing the amount of development we intend for brownfield sites.

“That phase of consultation is now complete, and this phase focuses on ensuring we have met the correct criteria in the way we have developed the plan.

“It has been a great challenge incorporating these targets, as well as changing legislation, against a backdrop of the covid pandemic. Thankfully, the support and co-operation of our neighbouring local authorities means we can now move ahead with a plan that will give us all local control over where and how development takes place.

“We are working to strike a balance between providing the homes and jobs needed for Leicester to continue to thrive, and protecting our important heritage, biodiversity and green spaces. A Local Plan is our best and only chance of having local control over decisions like these.”

To find out more, visit https://consultations.leicester.gov.uk/sec/local-plan