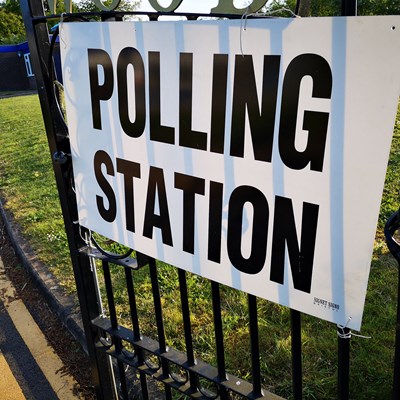 VOTERS wanting to take part in this year’s local government elections will need to show photo identification for the first time under new Government rules.

The new regulations mean anyone intending to vote at a polling station in May’s local elections will need to show photo identification before they can cast their vote.

In Leicester, voters will go to the polls on May 4, 2023, to elect the city’s 54 councillors, and also to elect a City Mayor.

The Government is introducing the new rules, which will apply across the UK to elections for local councils, police and crime commissioners, and parliamentary by-elections, as a way to tackle electoral fraud. The rules will also be applied to UK general elections from October 2023.

Voting by post is not affected by the new rules – people do not need to provide photo ID, and will instead use the normal security arrangements of providing a signature and date of birth on the postal vote statement.

Full details of the new requirements and a list of acceptable forms of photo identification, are available at Leicester City Council’s website here.

Voters who don’t have any of the accepted forms of photo ID can apply for a Voter Authority Certificate, either online via the government website or by completing a paper application form which is returned to the city council.

People who do not produce valid photographic identification or a Voter Authority Certificate will not be able to vote on polling day.

Leicester City Council’s returning officer, Miranda Cannon, said: “With local elections taking place on May 4, I would urge voters who want to vote in person to ensure they are ready, by checking they have an accepted form of photo ID.

“Many people will have one of the forms of ID, such as their passport, photo driving licence or Blue Badge for example. Those who don’t can apply for a Voter Authority Certificate quickly and easily online, which will require a photo and their National Insurance details, and I would encourage people to apply as soon as possible.

“We don’t want anyone to find themselves in a position where they want to vote but are unable to do so. The information, both on our website and on the Electoral Commission’s website, sets out what people need to do in order to ensure their voices are heard at election time.”

In addition to information on the city council’s own website, the Electoral Commission website also has help and guidance for groups who may have difficulty in producing the right photo ID, such as gypsies and travellers, older people, homeless people, transgender and non-binary people, to help ensure they are able to vote.

Anyone who wants to have their say in the local elections this May must also be registered to vote.

It only takes five minutes to register online at the Government website here. www.gov.uk/register-to-vote

Voters wanting to apply to their council for free ID should first make sure they are registered to vote.

Details on voting in the local elections are available from the city council website here and from the Electoral Commission here.