The Tiger Who Came to Tea comes to Leicester 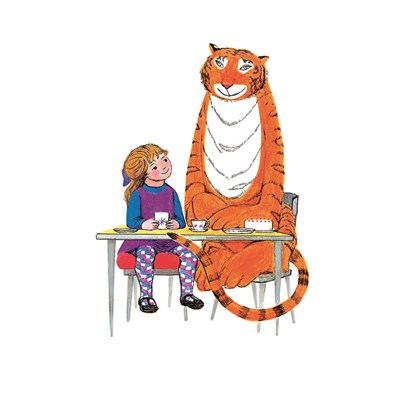 LEICESTER’S Newarke Houses Museum celebrates one of Britain’s best loved picture books this month, as it hosts an exhibition exploring the life and work of author–illustrator Judith Kerr.

Marking the 50th anniversary of the much-loved classic The Tiger Who Came to Tea, the exhibition - originated by Seven Stories, the National Centre for Children’s Books - features high quality facsimiles of Judith Kerr’s original illustrations from the Seven Stories collection and promises to bring this delightful book to life for a new generation of family audiences.

The exhibition opens on Saturday 14 January.

Judith Kerr’s first picture book, The Tiger Who Came to Tea began as a bedtime story for her own children and was published in 1968. It soon became a classic and by the time it celebrated its 40th anniversary in 2008 had been translated into 11 languages and sold over five million copies. Alongside displays of facsimiles of original artwork, notes and sketches, the exhibition will give children the chance to enjoy stepping into Sophie’s kitchen to have tea with a life-size ‘tiger.’

Visitors will be able to explore Judith’s childhood and her experiences of having to escape Germany as Hitler came to power, and how it felt to be a refugee in Switzerland and then France before finally settling in London in 1936. Judith writes about these experiences through three semi-autobiographical novels for older children in her Out of the Hitler Time trilogy, through the story of her alter ego Anna.

Wendy Elliott, CEO at Seven Stories said: “Seven Stories is honoured to be the custodian of Judith Kerr’s archive and to be able to curate an exhibition that celebrates her remarkable life and her outstanding contribution to children’s literature.

“Visitors to Newarke Houses Museum will be treated to a unique opportunity to see reproductions of Judith’s precious artwork, which shows how, through a lifetime of looking and drawing, her stories have become part of our nation’s childhood.”

The exhibition runs from Saturday 14 January to Sunday 12 March at Newarke Houses Museum. Entry is free. More information can be found at leicestermuseums.org/TigerWhoCameToTea