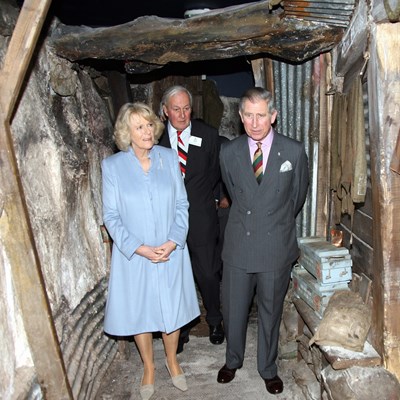 The Royal couple will meet stallholders in the city’s famous covered market and representatives of local charity, the Shama Women’s Centre, before moving on to Leicester’s award-winning food hall.

They will then be shown the bronze statue of suffragette Alice Hawkins – the Leicester shoe factory worker – before meeting two of her great-grandchildren.

The Royal party will then continue to the new market square, where they will enjoy a performance by local schoolchildren as part of the Spark Festival.

Their Royal Highnesses will meet some of the young performers, before unveiling a plaque to formally name the new public space as Green Dragon Square.

City Mayor Peter Soulsby – who will welcome the Royal visitors to Leicester – said: “We look forward to showing The Prince of Wales and The Duchess of Cornwall around our market place and introducing them to some of our very talented young people.

“I’m also very pleased that they will be formally naming our attractive new space behind the Corn Exchange, in a move that will bring a historic name back to the area and create another important link with Leicester’s past.”

The Royal visit will take place tomorrow (Tuesday 11 February) and will include a walkabout in the newly-named Green Dragon Square – which takes its name from a medieval inn that stood on the site until the 1850s.

Members of the public wishing to greet the Royal visitors are welcome to gather in the new square from early afternoon tomorrow (Tuesday 11 February). A programme of entertainment will get under way at 12.45pm.

To allow the visit to take place, a number of roads in the area will be closed to traffic for several hours from 10am.

Parking and loading restrictions will also be in place, and drivers are reminded that any vehicle parked in a ‘no waiting’ area will be towed away.

Letters have been distributed, advising businesses and residents in the affected area of the temporary arrangements.

Picture caption: The Royal couple visited Newarke Houses Museum on their visit to Leicester in 2008