Plans confirmed for the demolition of Goscote House 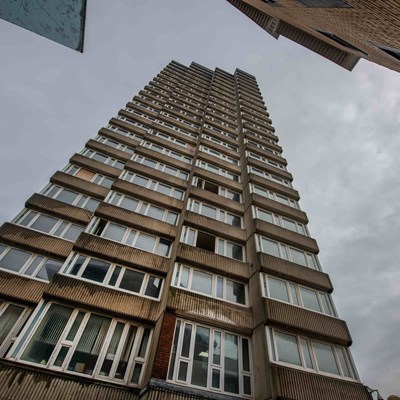 WORK to bring down Leicester’s tallest high-rise residential tower block will get underway this summer.

The block was decommissioned in 2018 after structural reports called into doubt the long-term viability of the building. All existing tenants were relocated, and the building is now vacant.

Subsequent surveys have identified significant risks in the proposals to demolish Goscote and a new budget has been set at almost £5million. This includes a substantial contingency fund in recognition of the complexity of bringing down a building of this size in such a confined space, while minimising disruption to people living and working in the immediate area.

Although the building could be retained for about 30 years, refurbishment costs would be in the region of over £21million. Inspections would also be required every five years to guarantee the ongoing structural integrity of the building.

The city council is currently considering options for the future of the site including the construction of a smaller residential tower block on this site. A six-story building would cost in the region of £10million.

Demolition work is due to begin this July, when the interior of the building will be stripped. Demolition of the building itself will be carried out floor by floor, and is expected to begin in late-2021. It is estimated this could take around 10 months to complete.

The city council owns four other tower blocks in St Peter’s – Maxfield House, Framland House, Clipstone House and Gordon House. These are all of a different design to Goscote House and have been subject to a multi-million-pound programme to modernise and improve them.

Cllr Elly Cutkelvin, assistant city mayor for housing, said: “While we have made major investment to refurbish our other four tower blocks, Goscote House is a relic of a time when housing needs were very different.

“To refurbish to modern standards would require huge investment and we are still looking at a building which is fast approaching the end of its useful life.

“In the long term, bring the building down and exploring in detail how we redevelop the site is the best option for the city.”

City Mayor Peter Soulsby added: “One of the most satisfying things about being Mayor for almost 10 years has been the chance to sweep away concrete monsters from previous decades and create modern, attractive spaces for a proud forward-looking city.

“I don’t think anyone now questions the decision to demolish New Walk Centre, the old indoor market or Belgrave Flyover. These have cleared the way for exciting new development in the city.

“The demolition of Goscote House will represent a significant investment in the St Peter’s estate.”

The demolition costs will be met through the city council’s capital budget.