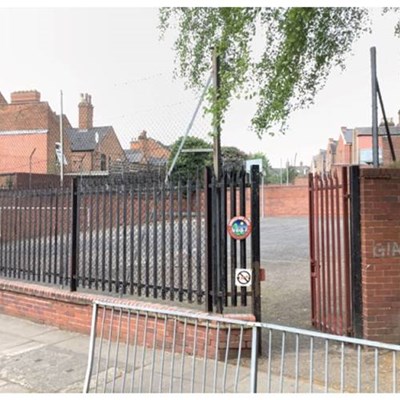 WORK to upgrade three neighbourhood ball courts and kick-about areas in Leicester is to get under way this spring.

The city council is to invest £600,000 in the three sites at Cedar Road Gardens in Stoneygate, Melbourne Street in Wycliffe ward and Hillsborough Road in Eyres Monsell, improving the facilities with a range of works including surfacing, fencing and the installation of new equipment.

An additional £15,000 from S106 developer contributions – funding paid by a developer to support community improvements – will supplement the works at Cedar Road Gardens.

City Mayor Peter Soulsby said: “This is the first phase of a significant programme of investment in games areas and ball courts in neighbourhoods across the city over the next three years.

“The city council owns around 30 of these multi-use sites, which provide space for young people to enjoy a kick-about or a game of basketball, and while some of them have benefited from recent investment, others are in urgent need of upgrading.

“Work to bring these three ball courts up to a decent standard will get under way very soon, with more sites being improved in the second phase of the scheme from mid-2023.”

The three sites have been prioritised for investment following a survey of all the council’s ball courts by the Royal Society for the Prevention of Accidents (RoSPA), which helped identify a number of recommendations.

Other factors taken into account to help prioritise the sites include the levels of deprivation, anti-social behaviour and physical inactivity in the area.

The refurbishment of the ball courts at Cedar Road and Melbourne Street will get under way first and will be completed by the summer. Works on the Hillsborough Road site will follow, with completion in autumn 2023.

A decision on releasing a further £2.5m of funding for the second phase of the ball court investment programme will be taken next month.